The Big Picture for Game Development

Game development is a massive, complex undertaking. As you build your game, some features will naturally be prioritized over others. Things like core mechanics and multiplayer logic will be critical, while others, like social features, might initially end up in a bucket labeled “nice-to-have.”

Amidst the shuffling, prioritizing of features, and adjustment of scope, it might be easy to double down on those early assumptions. But, this keeps features that could ultimately be essential, like in-game chat, perpetually on the back burner.

Any good development practice begins by considering what makes a game special, which often has a lot to do with your spin on moment-to-moment gameplay, or player progression. But, focusing your attention only on the core experience alone is ultimately short-sighted.

When you do this, you risk leaving out important considerations, like who your game really appeals to, how to reach that audience, and how it will interact with your offering a day, a month, or years down the line.

But, if you do take a big-picture view of your game as a living product, you may find that your core offering can’t drive engagement and retention, and ultimately profitable LTV, on its own. These critical metrics make or break entire projects, and hitting them (or failing to do so) will determine the success of your studio.

But, not to fear! Social features, like in-game chat, offer a powerful solution. They fuel player engagement, attract community-minded players, and allow players to form bonds through your game— all of which lead to longer retention, more conversions, and a successful title.

The Game Industry Opportunity is Global

Let’s take a step back, and look at the arena your game will live in. The game industry is expanding year-over-year. In 2020, the combined market for games is expected to grow to $124.8 billion. To zoom in a bit more, more players than ever are finding the fun on mobile. That segment climbed to a net worth of $64.4 billion last year, making it the single most lucrative segment of the industry.

For the sake of comparison, premium console games (the ones with a $60.00 price tag) topped out at $16.4 billion. That’s not bad, but it’s safe to say that players worldwide are flocking to mobile, and are developing habits around the games they choose to play.

All this opportunity leads to higher, heated competition for audiences, with new titles coming online every day. Especially on mobile, it’s important to find an edge. 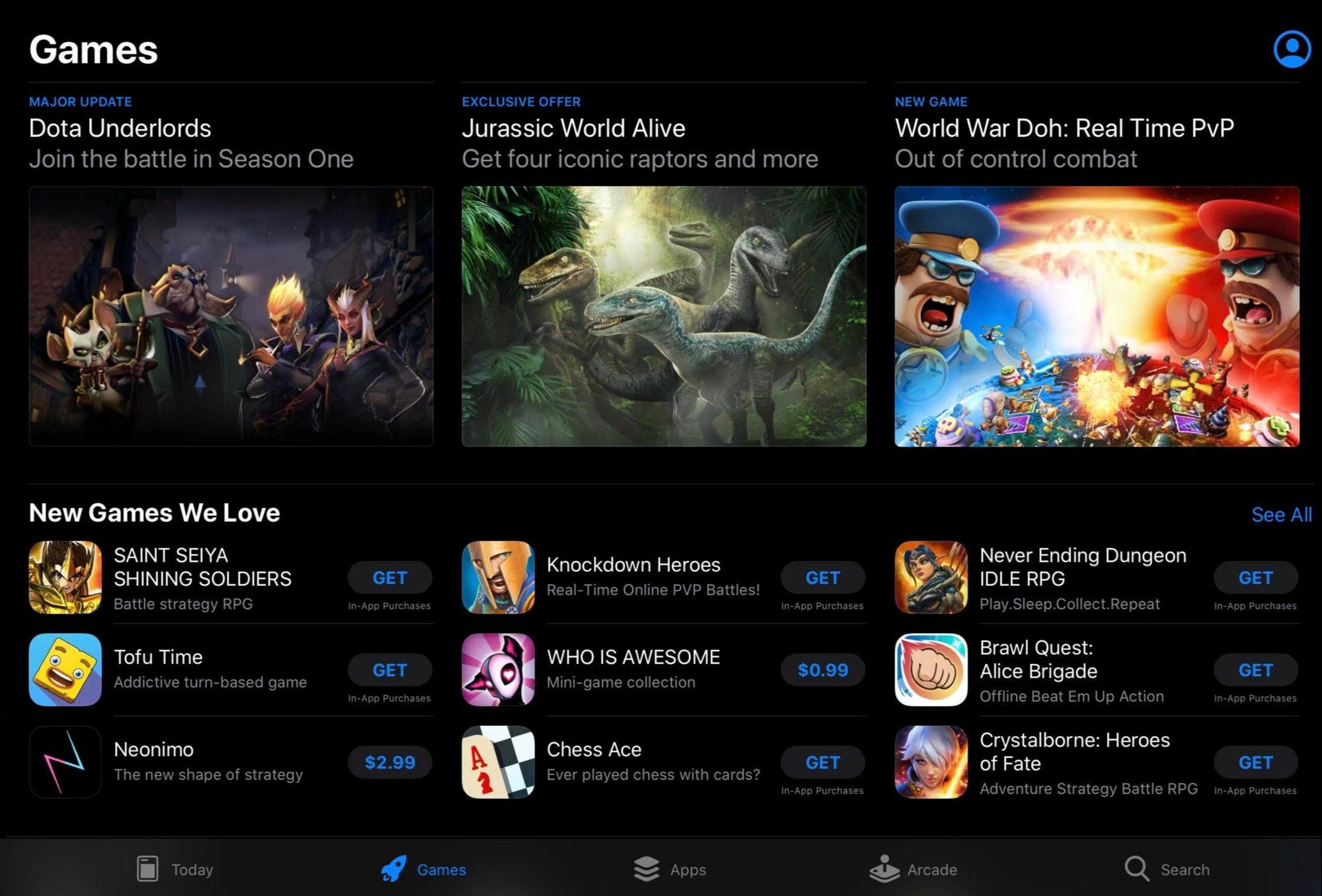 A screenshot of the iOS App Store Games page.

High CPI Means Each Player is an Investment

At this point, let's say you’ve built gameplay mechanics, assembled levels, and crafted characters. You’ve achieved the impossible, and your game is ready to go live. But, it turns out, your CPI (cost per-install) will be high. Yes, actually acquiring players costs a lot of money. On average, a mobile game developer should expect to spend $35.00 per player on acquisition alone.

This means that, from day one of development, you need to plan for players to spend that much, on average, just to break even on acquisition costs. More importantly, it means that every player who downloads your game is a hard-won investment— an investment you need to cultivate to be successful.

Player Retention is a Challenge

Between other games, books, movies, work, and real life getting in the way, it’s clear that increasing player retention is the greatest challenge any game faces today. When trying a new mobile game, for example, most players bounce off almost immediately.

Here's the quick breakdown of retention stats. Across game genres:

In other words: it’s critically important to get users engaged.

Pay attention to these retention stats. Given the average cost of getting each player into your game in the first place, you need to make sure that each one reaches a profitable life-time value (LTV). Broadly speaking, you can get there in two ways:

In either case, churn and apathy are your enemies. To be successful, you need to organically grab player interest in a way that encourages them to invest, one way or another, into your title.

Plus, building chat into your game keeps the experience immersive. Players won’t need to hop into other messaging apps like Discord or Whatsapp to discuss your game, and by nature, they’ll have a more engaged, immediate experience with one another. In-game chat is a simple, powerful way to keep your game at the heart of the experiences shared by your players. 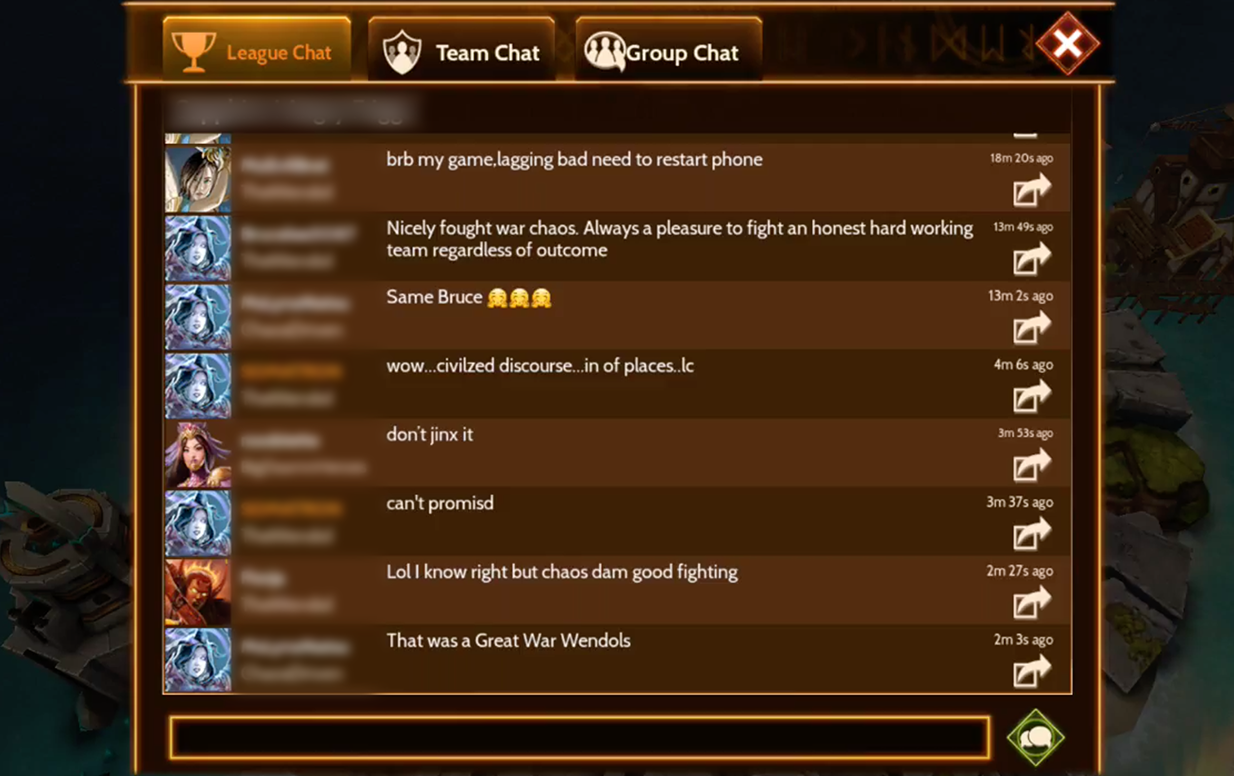 A screenshot of in-game chat from War Dragons, who uses PubNub to power chat.

A major part of any game rests on picking the right audience, and on building the features that will maximally appeal to them. Some players prefer games that allow them to beat out the competition, while others seek exploratory or role-playing experiences.

However, most valuable of all are the Social Gamers, who play games primarily as a means to connect with others.

Community Gamers seek out games that offer an opportunity to share in the experience of play. These might be online role-playing games, asynchronous games like Words with Friends, or even competitive shooters.

Regardless of genre, when a Community Gamer lands on a new game, they tend to bring in their friends, and are the most likely to play for more than three hours in a day. This type of player is a powerful driver of adoption, discovery, and engagement.

This makes sense, as settling on a game is a decision these players don’t take lightly. Instead, such decisions tend to be true time and social commitments. So, in addition to advocating your title to others, Community Gamers invest their own time, energy, and money into your title, and become your strongest advocates.

From your end, you should recognize that community features, chat, and mechanisms to share their experience (like the ability to share a GIF of gameplay) are features that can make or break your game for this type of player.

In other words, a well-made, engaging social experience can attract players who socialize your game to others, play more often, pay more, and stick with your game for longer.

You may be wondering: in the grand scheme of things, how many players really care about games as a social space? Well, quite a few, it turns out. Indeed, for many players, games are all about community.

Worldwide, at least 1 in 5 players choose to play a game primarily to spend time with people they know. For these players, the best games are those that allow them to play with their friends (and rivals). Additionally, players form long-term, real-life connections through gaming, including romantic partners and, yes, spouses. In short, games are social experiences!

From this perspective, in-game chat forms the basis for the lively, personal experience your game needs to attract socially-minded players and sustain a community. On its own, chat offers a natural way for players to communicate within the game.

But, chat can also serve as the basis for more extensive social features, such as lobbies, clans, and live tournaments, which enable the formation of a true community. This, in turn, will appeal to the valuable segment of players whose priority is social gaming, and who tend to play (and spend) more than unengaged, casual, or isolated players.

As the game industry continues to expand, especially on mobile, it will attract players from new and diverse audiences. Looking ahead, there’s ample opportunity to offer new experiences to newcomers and longtime players alike.

Yet, player acquisition costs keep climbing. Players continue to have their attention, and their time, split between a growing number of entertainment options. To be successful in all of this, your game needs to hook players quickly.

Luckily, in-game chat offers a solution. Many players seek out games primarily as a means to play with people they know. And, players who value community tend to be more engaged, play more, and spend more, than players with other priorities.

Putting the two together, it’s clear that a game that implements a robust set of social features will stand out from the crowd, and will become a game firmly rooted in the habits, and relationships, of its players.