Hello all hackers from HackerNews.  We noticed a new MMO was released by n01se and xkcd yesterday (September 26th, 2012) with multiple users flying around with a balloon figure.  If you got stuck, you...

Hello all hackers from HackerNews.  We noticed a new MMO was released by n01se and xkcd yesterday (September 26th, 2012) with multiple users flying around with a balloon figure.  If you got stuck, you can click your balloon guy and turn into a ghost to seamlessly move through the landscape unhindered by mortal barriers like trees and hills.

There was a problem however with the scaling of users on the system.  The max concurrency could only be 20 users at a time leaving many wonder where the MMO part of the MMO was. 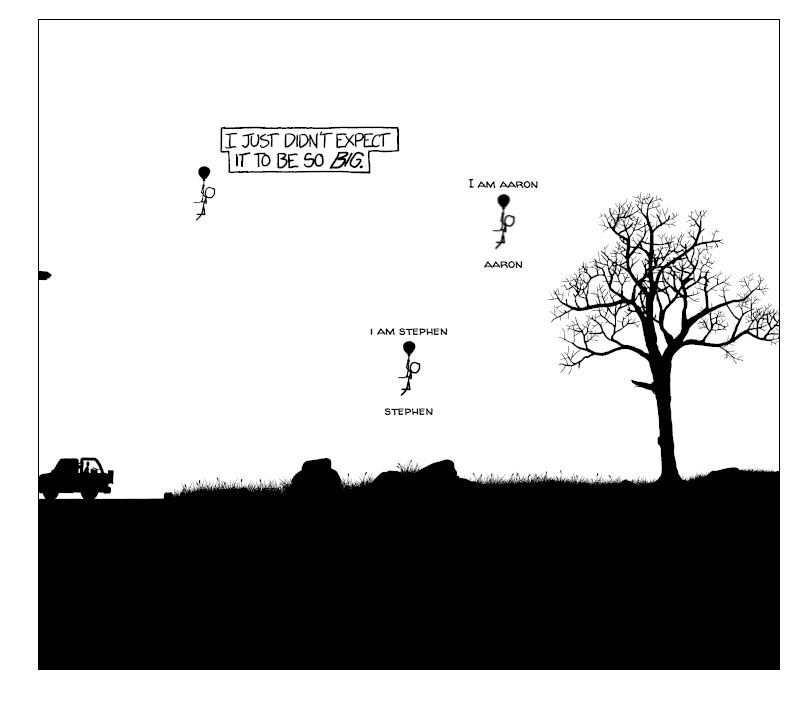 We saw an opportunity to save the day and scale using PubNub’s real-time cloud based global infrastructure.  This allows the concurrency to scale easily.  Note that in order to do this in a short time frame, we excluded some important security precautions.  However we hope you play nice in this real-time MMO that actually scales.

Note that in order to switch from the non-scaled Node.JS server to PubNub, we had to come up with a solution to replace the server side with a full 100% client side solution. Therefore, we built an RFC 6455 WebSocket Client that works with all users and browsers.  By doing this, you are actually connecting to a PubNub Edge Node nearest your location, creating a fast, low latency connection.  Now you can relax, sit back and play a real MMO courtesy of PubNub.

As a follow up to this article, we wanted to note and proclaim our thoughts and feedback on the original source.  Thank you 1110 and n01se for the creativity and JavaScript.  One thing we wanted to change was the animation style you used for network coordinate relays.  The Animation would animate based on Vectors and current X, Y coordinates.  However since the game had little interactivity between players, the better method would be something we at PubNub are well versed in which we call Dead Reckoning with Deterministic Lockstep at a single step buffer. This method prevents jitter and jumping of the avatars on the screen.  If we were to upgrade the animation engine, we would implement this method first.  You can see this style of network tweening on our Home Page of pubnub.com click the tab that says “PubNub In Action”.  Looking forward to seeing you in the game today!