Three ways to handle messages via subscribed channels in Cocoa

As you explore the PubNub Cocoa SDK, you’ll learn quickly that there seem to be several different ways to handle incoming messages. You might be asking yourself what the differences are between all these methods. There are three ways in which you can handle messages received via subscribed channels:

The main PubNub singleton has a number of delegate method stubs defined on it. By overriding those, you can have your own code react to those events. If you are using PubNub in simple ways, overriding the delegate methods is often a quick and easy way to handle them.

These delegate methods are “global” in the sense they are triggered every time a particular event happens, and any filtering logic needs to be written into that method, for example:

Every message received on every channel will execute this method! In order to have flow control for various channel messages, you would need to do something like the following:

The delegate methods are defined in the class that implements the PNDelegate interface, often your main AppDelegate.m. So this puts your handler logic all in that same file which means you may break your model encapsulation.

When you have different logic and functionality for different subscribed channels, it can also grow your delegate method code significantly, and in those cases it’s often easier to use the PNObservationCenter instead.

The PubNub Observation Center (PNObservationCenter) singleton registers a full lifecycle of events in the core Notification Center and allows you to pass in blocks as handlers. This was added for flexibility and convenience. Passing in blocks allows you to create multiple handlers very easily and dynamically.

In this scenario, every observer will still receive that notification event, however it’s easier keep logic concise in your handlers. In addition, you can put this observation logic into your models and have better encapsulation.

The other beatiful thing is that you can add and remove observers dynamically. Therefore your channel names, and message handling code is not hardcoded into your application. This allows for more advanced usage scenarios. 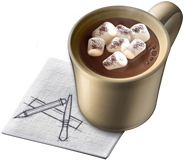 The Cocoa Core Framework provides a Notification Center Singleton of it’s own [NSNotificationCenter defaultCenter]. The PNObservation center singleton registers a number of events in the NotificationCenter that can be subscribed to for callbacks and used just like any other notification event that you commonly use in Cocoa. The complete list of constants can be found in the PNNotifications.h file in the SDK Library.

The examples above for message received events illustrate the usage, but those aren’t the only events! There are Publish/Subscribe, Presence, Push Notifications, and many other events that you can handle via the PNObservationCenter.