PubNub is a Valuable Skill for the Developer’s Toolbox

Why PubNub is valuable for your developer toolbox, and how to kick off your PubNub education.

Before gaining an understanding of what it does, a developer might see PubNub as just another API. In the real-time data space, PubNub has fortified its capability, structure, and status, ascending itself to being a necessary developer skill. In order to fit PubNub into a software stack, the developer must first understand that PubNub’s design pattern is different. The publish/subscribe design pattern is sometimes overlooked in modern app development – often when it is needed most.

Why Learn to Use PubNub?

Why should a software developer learn this specific implementation of real-time messaging? Depending on the app or service, it just works better than patterns developers already know.

A developer that does not know PubNub might consider this non-optimal design when creating a chat application. 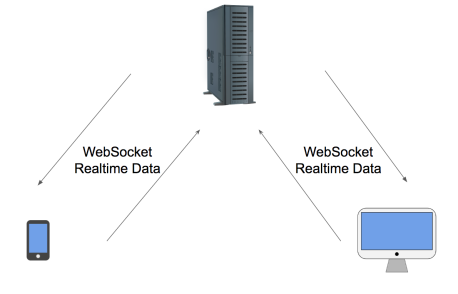 The server validates the request, making sure the identity of the sender is truly who they claim to be. The server also checks token expiration date and the app business logic, to make sure the app has already granted the user permission to perform the action in the request. Finally, the message is relayed over WebSocket to the other client, or clients, that receives the chat message.

Opening thousands of these connections, in different servers around the world, for a highly scaled chat application would require many engineers to maintain the infrastructure. That is expensive. It also is not ideal when there are options like PubNub and ChatEngine.

When using plain PubNub or ChatEngine, messages are sent using pub/sub. User permissions are managed by PubNub Access Manager. Push notifications are sent with the Mobile Push Gateway. PubNub makes managing infrastructure a thing of the past for the developer. The tradeoff of not having direct control over infrastructure is less worry and less cost for the company. Saving money is a common outcome when architects decide to use PubNub.

PubNub is a Developer Skill

Over 120 software engineers list PubNub as one of their skills on UpWork. It’s clear that knowing how to implement PubNub is a marketable skill. 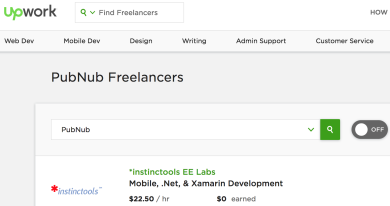 Now, you may be asking yourself, wouldn’t it be more impressive if these developers marketed their ability to build their own data-push-service with Node.js or Socket.io? The reason is that PubNub isn’t just a shortcut API for a data-push-service, it’s a design pattern.

With our global network of versatile APIs and pay-as-you-grow reliable IaaS, developers just need to spend a few minutes learning concepts in order to hit the ground running. If they are to implement PubNub well for a successful business application, they need to know not only when to use PubNub for their business, but how to use it effectively.

Get started learning PubNub in a few minutes using our many FREE education resources. Whether you are a brand new developer or a seasoned architect, our tutorials, webinars, and videos can get you up to speed in no time, so you can start developing. Remember to sign up for forever free API keys to make your first PubNub app.

We want to hear from you! If there are any articles in PubNub’s education resources that need more clarity or details, let us know. Have questions regarding how to build an app with PubNub? Want to collaborate with a developer meetup? We’re listening at devrel@pubnub.com. Drop us a line.