Since we published this post, we’ve significantly improved our MQTT support! 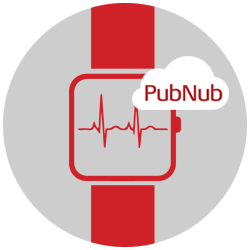 At PubNub, we’re looking to solve the 5 challenges of Internet of Things connectivity. One of our focuses is on embedded devices, and we want to make connecting those devices as easy and reliable as possible, all while reducing battery, CPU, and bandwidth consumption.

To further that goal, we’re excited to announce we now support the MQTT protocol over the PubNub Data Stream Network. You can communicate using MQTT to our gateway while still leveraging the full power of PubNub for embedded devices.

If you aren’t familiar with MQTT, the Message Queuing Telemetry Transport (MQTT) is a publish/subscribe protocol aimed specifically at low-powered embedded devices.

Originally developed at IBM, MQTT has recently begun to pick up a lot of steam. You can use it however you want, however we envision its use as a powerful solution to connect smart devices and embedded devices easily and with low overhead. There are plenty of documentation and open source client implementations if you wish to dive further into the protocol itself.

Why Use MQTT or PubNub?

You may be asking, “When do I use MQTT vs. PubNub? And when does it make sense to use both?

If MQTT is not part of your current infrastructure, you might consider leveraging the PubNub Data Stream Network directly along with PubNub’s numerous IoT SDKs for all of your Internet of Things connectivity.

So lets dive right in. How do you use MQTT with PubNub?

With PubNub, we give you unique publish and subscribe keys. You’ll need to sign up for a PubNub account. Once you sign up, you can get your unique PubNub keys in the PubNub Developer Portal. You will use those same keys when you want to leverage our MQTT gateway. When using PubNub, you simply create channels and publish messages across those channels with those keys. You’ll do the same with MQTT.

When implementing your client, the gateway into our network is mqtt.pubnub.com listening on the default MQTT port 1883. If you are familiar with MQTT, this is the broker that will handle all your messages. To connect as a client, MQTT requires that you have a client name. This is the first step where things will matter when connecting to PubNub.

For any client you connect, the first part of the name must include the publish and subscribe keys plus a unique identifier. All three components of the name must be separated by a forward slash.

For instance, to connect to the demo channel, the following would work:

The publish and subscribe keys must be valid and there must be a unique identifier for the third part of the client name.

There are many MQTT clients available, but many people use the Paho project that includes many different languages for clients. To use the Python client you can pip install mosquitto and to get the Pubnub Python client quickly pip install pubnub==3.5.1. The PubNub client documentation for Python is all open source as well.

This will create a Mosquitto object that sets a callback function for any message it gets while listening. We then connect to the PubNub broker gateway and start to listen on the channel “demo/demo/hello_world” forever. Now let’s publish from a different client.

This will publish “Hello, World!” to the broker. You can also take any of our over 50 PubNub SDKs and subscribe to the channel to get the same message.

Developer Console with MQTT and PubNub

You can connect to the PubNub Developer Console and match the topic channel name of the MQTT client by also redundantly including the Publish Key and Subscribe Key in the Channel Name matching the mqtt_topic variable. 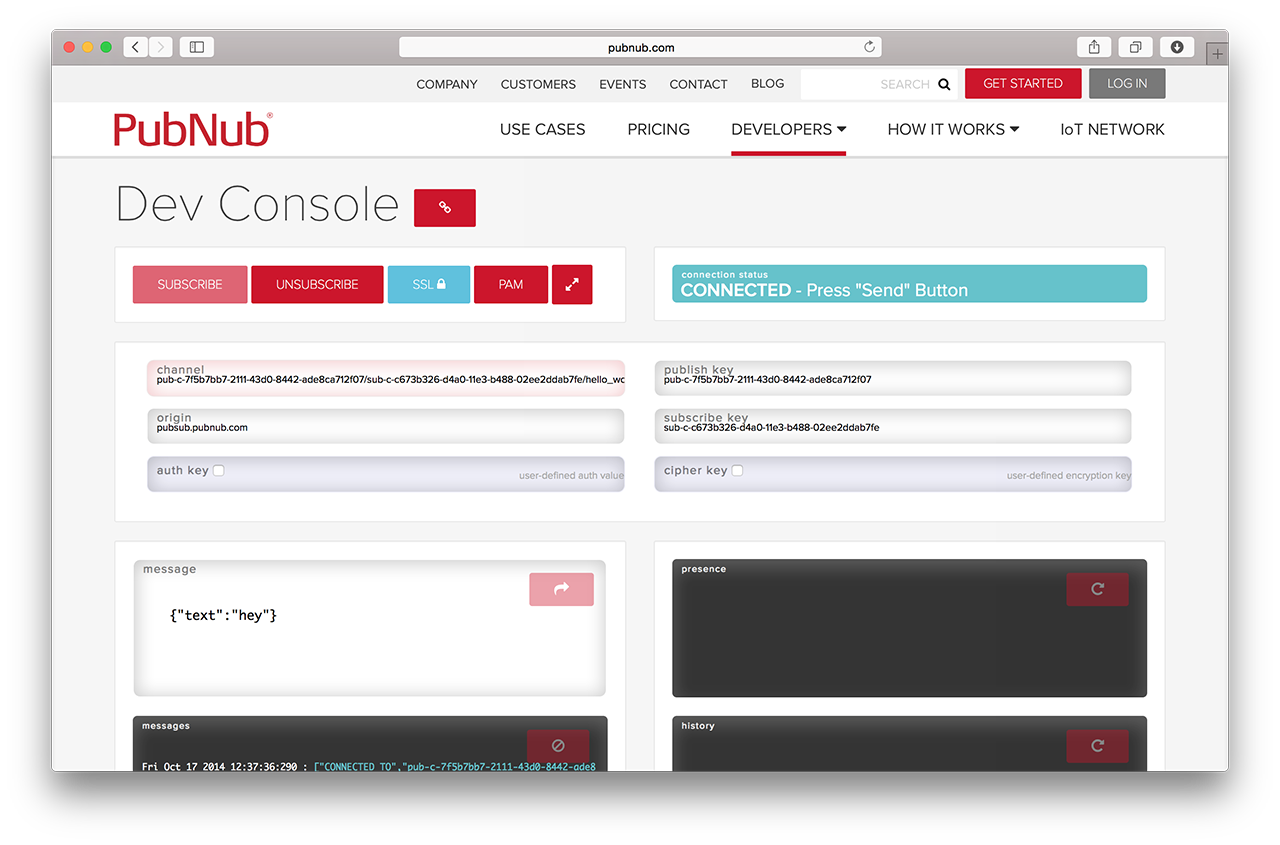 The Future and Caveats of MQTT with PubNub

Currently our support of the MQTT protocol only supports QoS level 0 and does not include topic wildcards. In the very near future, we’ll be adding support for these. We’re very excited about MQTT and what it provides our customers!

Oh, by the way, bring your most outrageous Internet of Things ideas to PubNub’s HQ for an exciting Hack Day featuring free leading-edge technologies, cool prizes.

For instance the following could be a channel name for the demo channel:

Let’s publish! Connect a client to our gateway at mqtt.pubnub.com on port 1883. Make sure the client has the publish and subscribe keys in the name per the above rules. Subscribe to a channel using the same rules and publish away. Publish to MQTT on a channel that you are subscribed to and you should now get messages in real time.

Message Rules for Publishing from PubNub to an MQTT Client

You may be thinking that you can only talk MQTT to MQTT, PubNub to MQTT or MQTT to PubNub. Yes. All are supported.

If you do publish a message on PubNub and want to receive it as an MQTT client, you have to include two things in the message. 1) the JSON of the message must contain the channel it’s being published on, and 2) the payload of the message must be in a MQTT identifier. The following example shows how:

If these are not in the message, your MQTT client will not receive the message.