How to Build Your Own Smart Home in an Afternoon

Learn how you can easily build three smart home projects on a Raspberry Pi using Python and PubNub.

Homeowners can also implement IoT technologies to create smart homes to assist in their daily lives. Smart thermostats, such as the Nest Thermostat, manage the temperature in smart home systems. Smart displays like Lenovo's Smart Display show customized information through a screen, typically with other connected devices via Bluetooth or WiFi. Smart light bulbs, such as Philips Hue, are used to control light switches and other smart switches. Bose's suite of products allows customers to play music through their smart speakers by using their phones. Customers can even use voice control to manage other IoT devices with personal assistant devices such as Google Home, Amazon Alexa and Amazon Echo, and Siri using voice commands to control devices connected to WiFi using smart plugs. Although there are many existing smart home devices, you can learn how to build your own customized homepod using PubNub.

At PubNub we specialize in bridging the wondrous world of IoT to anyone who seeks it. With our real-time data API and Virtual Spaces Platform, you can depend on PubNub to power your smart home hub. Follow along to see how you can build your own smart home with three smart home technologies.

How to build a smart home system

What makes a home smart? The answer is automation and centrality. A household must automate all of its basic tasks and be able to transmit information to and from a central location (typically a home app). You'll implement these two foundations of IoT in building these technologies using PubNub:

The following materials and hardware are required to create these three IoT technologies that make up this smart home technology.

In order to program our IoT technologies and have them communicate between you and your home, you’re going to need what’s called a microcontroller. While there are many options for microcontrollers, perhaps the easiest one to use is the latest version of a Raspberry Pi (RPi). If you’ve never set one up before, the instructions can be found on the product's website.

In order to make sure that we can plug any electronic (no matter how strong the voltage) into our RPi without frying it, we’ll need what’s called a relay. A relay is essentially a switch that will be able to handle high currents and voltages so that the RPi doesn’t have to.

To make a smart lamp, you’ll need a simple, cheap lamp. Pick up a used lamp from a second-hand store or find one online.

In order to build a smart light sensor, you’ll need a phototransistor. Like the relay, the phototransistor acts as a switch. The phototransistor will only allow current to flow through in the presence of light, so this will be a perfect sensor to see if your house lights are on. 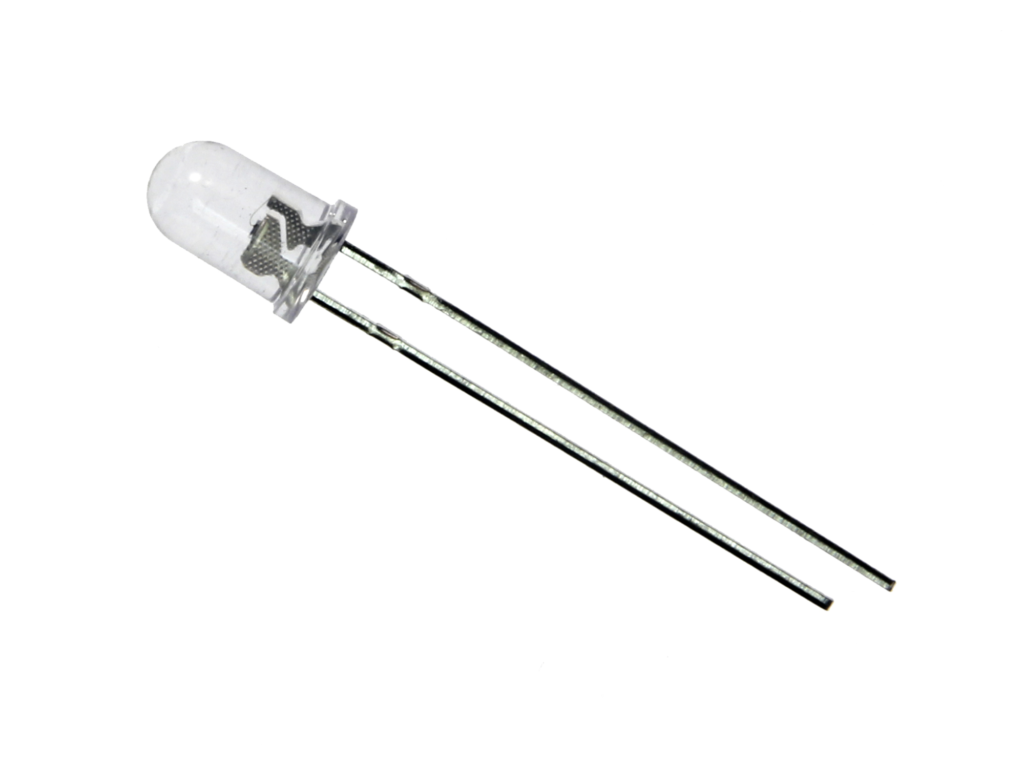 In order to create a door sensor, you will need to use tin foil contact pads that allow electricity to pass if the pads come into contact. This way, you can attach a pad to a door and its frame so that every time the door is closed, the pads make contact, and let the Raspberry Pi know that our door is closed. You'll need to create two tin foil pads, with wires connected to each of the pads. Attach one pad to a door, and the other to the frame using painter's tape. 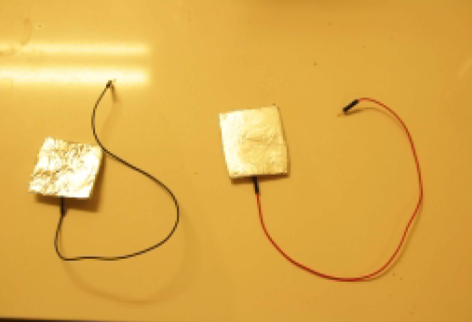 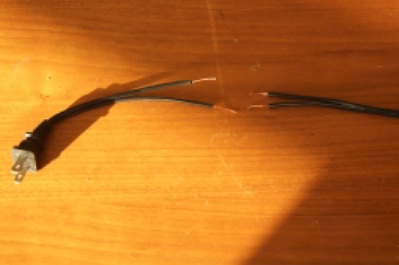 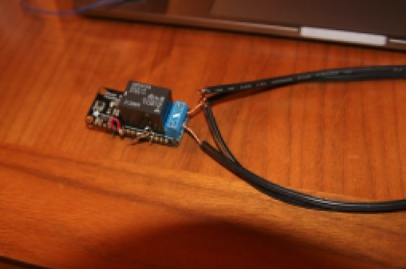 Now in order to connect the lamp-relay module to the RPi, connect them to the GPIO pins of the RPi. 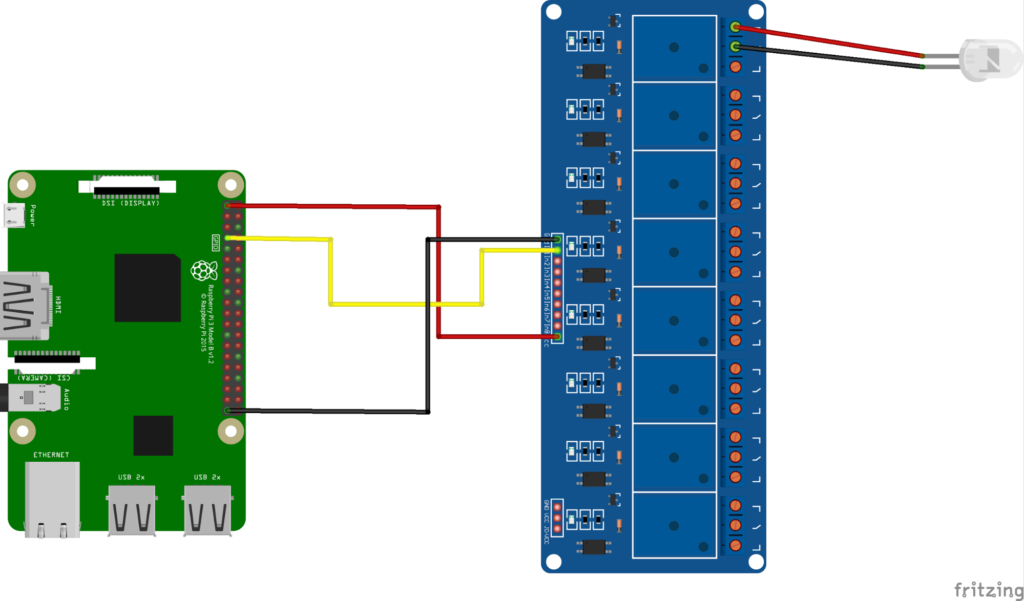 The light sensor circuit is much more simple to implement. Wire your phototransistor to one of the RPI’s GPIO pins. 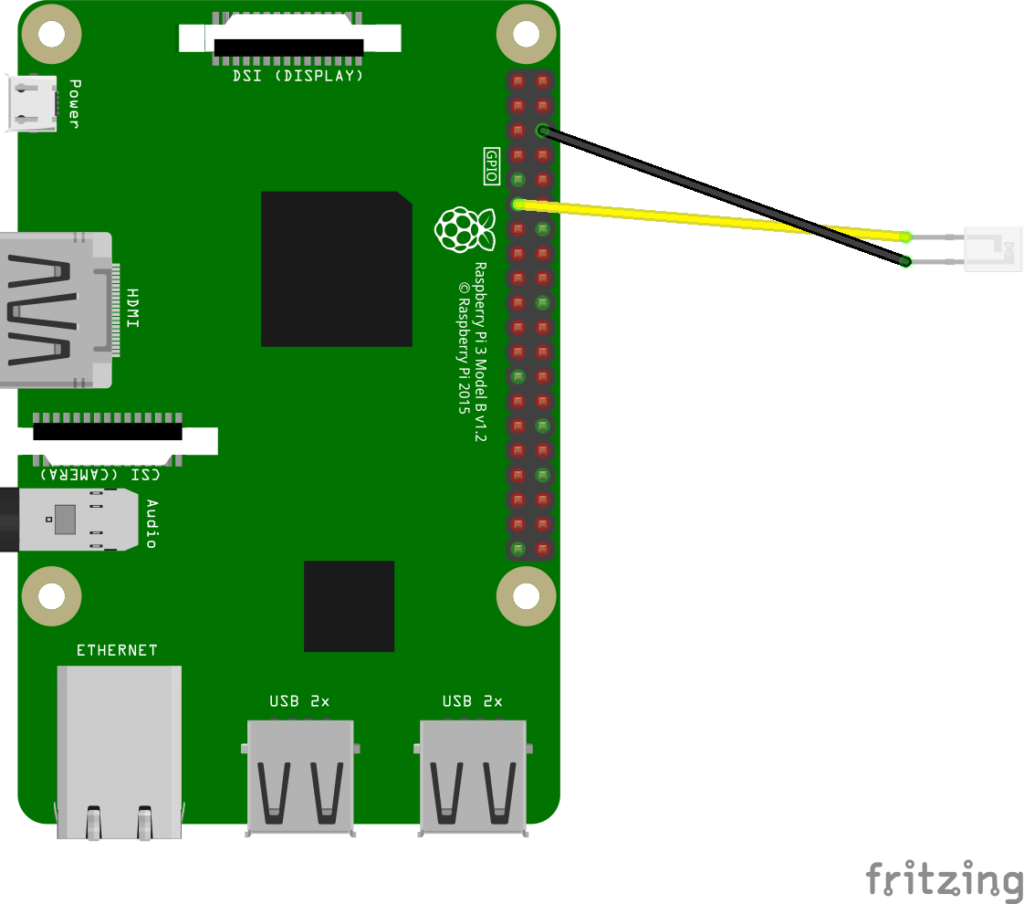 For the door sensor, wire one pad up to a GPIO pin on the RPi and the other pad to ground (for diagram purposes the pads are represented as LEDs). 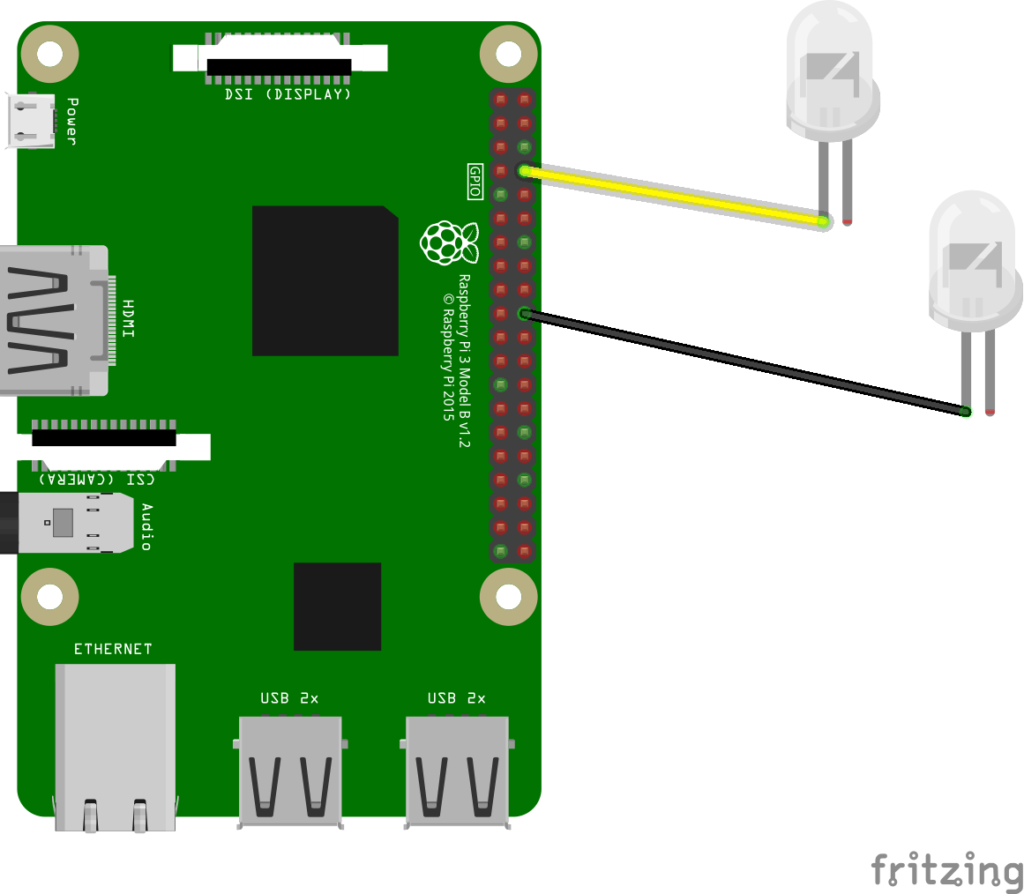 Before you begin implementing the code behind, make sure you sign up for a free PubNub account, as you'll need your publish/subscribe keys to send information across the PubNub Network.

Secure Shell protocol (SSH) allows users to remotely access their RPi terminals from their computers over WiFi. If supplemented with GitHub, users can push code from their computers to a remote repository, SSH into the Pi terminal, and pull the code wirelessly. This allows for a quicker and smoother development process.

To enable SSH on your RPi, follow the simple and quick instructions.

For our devices, you need to operate an output voltage of 1 or 0 from the RPI to turn things on. Conversely, the sensors give the RPi an input voltage of 1 or 0, depending on whether it is wet or dry. Both of these functions require the use of the RPi’s GPIO pins.

Since you’ll be coding in Python, it will be useful to install the GPIO Zero library, which will allow you to make simple function calls to activate or read in the pins.

NOTE: Remember that these libraries must be installed onto the RPi by SSH-ing into your device and running the commands below.

Build Your App with PubNub

The full code for this project is located in this repository for reference. Create a python script to interface our sensors to the internet. Open up a new document in your favorite text editor and import the libraries and other dependencies to enable the devices to communicate on the PubNub Network.

You need to tell the Raspberry Pi which devices are connected to which of its pins:

NOTE: The lamp is declared as an LED as you want to control it as if it were a simple LED. The sensors are initialized as buttons as they output a constant active signal in the same way a button does when held down or pressed. This is the magic of the GPIO Zero library as it is effortless to interface with sensors and devices.

You should also create a counter variable to let yourself know how many times our door has been opened:

In order to make sure that our IoT lamp can communicate with a client, you need to enable PubNub’s two-way pub/sub capability. To make sure you can receive messages, you need to add a listener to handle the incoming messages and declare a subscription to listen in on a particular channel.

Take note of the message event handler. Any time your program receives a message from our application client, you open up the message using message.message. You then create event handlers with if statements to either turn the lamp on or off with the GPIO command .on() or .off().

Lastly, notice that when a message is published back to the client, the user is informed that you have completed their request. In this case, you let the client know whether the lamp is on or off.

This part is optional (since you are not using it for this program), but you can create a publisher callback to execute a function every time you publish a message.

The last part of the program is going to constantly check the sensor inputs to see if the sensors detect anything. You can achieve this by creating a main while the loop repeatedly checks the inputs: while True:

Within the main while loop, you can create sub-while loops to poll the sensors specifically. Since you initialized the sensors as Buttons from the GPIO Zero library, you must call the function .is_held.

Although you are not using a button, the sensors act as if they were buttons as they simulate the same signal of holding down a button, while they are active (detecting something)

Here you check if the sensor is active. If so, publish a message back to the client letting it know whether the sensor is on or off.

How to Upload Your Code

Open up your terminal and enter your working directory. Then commit your code to the cloud using these commands.

SSH into your RPI and cd into the proper directory.

Pull the code from the cloud and run it.

Build a Client with PubNub

Next, you need to build a client script that will allow you to use a mobile phone or computer to send and receive data to our sensors. To do this, you will need to create an HTML file that will use buttons to publish commands to the RPI and Text boxes to retrieve data from the RPI.

Create two buttons to publish ON or OFF commands to our RPI.

Create an ID tag to later inject the light sensor data we subscribe from the RPI.

Import the PubNub JavaScript SDK so you can actually enable pub/sub capabilities.

Set up the channel using your given pub/sub keys.

Lastly, we need to listen in on the channel the RPI is publishing our light sensor data. We can instantiate a listener with this block of code:

Take note that you subscribed to ch2. This is because you want a dedicated channel for the light sensor data so that you do not need to actually differentiate the data from other sensors. If you forgot to publish to a dedicated channel in the Application process before, make sure you go back and do so.

Once you save your script, open the file up in a web browser and you should have something like this:

You have now completed implementing three simple smart home devices on a Raspberry Pi! Test your code out by ssh-ing into your Raspberry Pi to run your python code and then interact with your client program. You should be able to control your smart lamp with the two buttons as well as see text prompts if your door is open or your lights are on. You've successfully created a smart home system using connected devices communicating with PubNub.

If you would like to learn more about how to power your IoT applications and smart home systems, take a look at our IoT resources.

If you have any other questions or concerns, please feel free to reach out to devrel@pubnub.com.