PubNub is used in more industries every day, including some that require high levels of security and encryption when sending real-time data.  We've listened to those customers, and worked closely with... 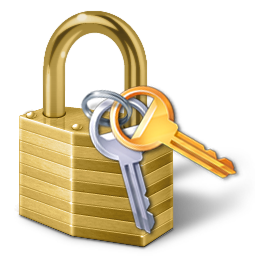 PubNub is used in more industries every day, including some that require high levels of security and encryption when sending real-time data.  We’ve listened to those customers, and worked closely with them to devise a new level of encryption within the PubNub Data Stream Network.

Available immediately, all PubNub client libraries will allow the encryption of your PubNub messages using AES by setting a single flag when you publish a message. Even better, this encryption works across all PubNub clients, meaning you can encrypt/decrypt across any environment, in any supported language (JavaScript to Objective C to Java to Python to PHP to Perl to Lua to Erlang and so on).

To explain what this means for you, and how to easily add encryption to your real-time app, here’s a quick walk-thru of various security options and what they mean:

SSL Encryption (and why it doesn’t check all the boxes)

Anyone who surfs the web has experienced SSL. Websites use SSL to safely transmit credit cards and other sensitive information across the public Internet.  Since 2010, PubNub has also provided SSL encryption as an option for our customers.  In order to support SSL, PubNub implemented many of the same security protocols that exist within modern browsers, including TLS 2048 bit Asymmetric Keys, and SHA256/HMAC Message Signing.  And customers have used our SSL encryption at large scale now for over 2 years.

However, there’s an important thing to know about SSL encryption.  Though your data is encrypted as it travels through the Internet, it must be decrypted (and re-encrypted) as it passes through the PubNub servers and back out again.  This is not a limitation of PubNub, but simply a limitation of the way SSL works.  While your data is very secure in and out of PubNub, it is still decrypted while it travels through our servers.  PubNub follows industry best practices around operational security, and runs in ISO/IEC 27001 certified data centers that are SAS70 Type II compliant.  But it’s crucial that your secure data *stay* secure across the entire path from Publisher to Subscriber(s).

Advanced Encryption Standard (AES) is a specification for the encryption of electronic data.  AES has been adopted by the U.S. government and is now used worldwide in high security applications  And effective immediately, all PubNub Client Libraries support AES.  This means that your data can be easily encrypted as it’s published, and stay encrypted until it’s received by the subscribers, even as it traverses the PubNub Data Stream Network.  Another benefit of this encryption method is that can happen on the client-side and or server-side. This means that unencrypted data never leaves a trusted authority, providing for full circle data encryption.

This diagram is a brief walkthrough of an example flow with a central authority server (your server) that you will use to distribute and generate the cipher keys for encrypting your data.  Note that the cipher key can be anything!  From a simple password like “mypass1” to a long and complex unpredictable string commonly seen in SSL Symmetric Keys.  Click the image to expand. 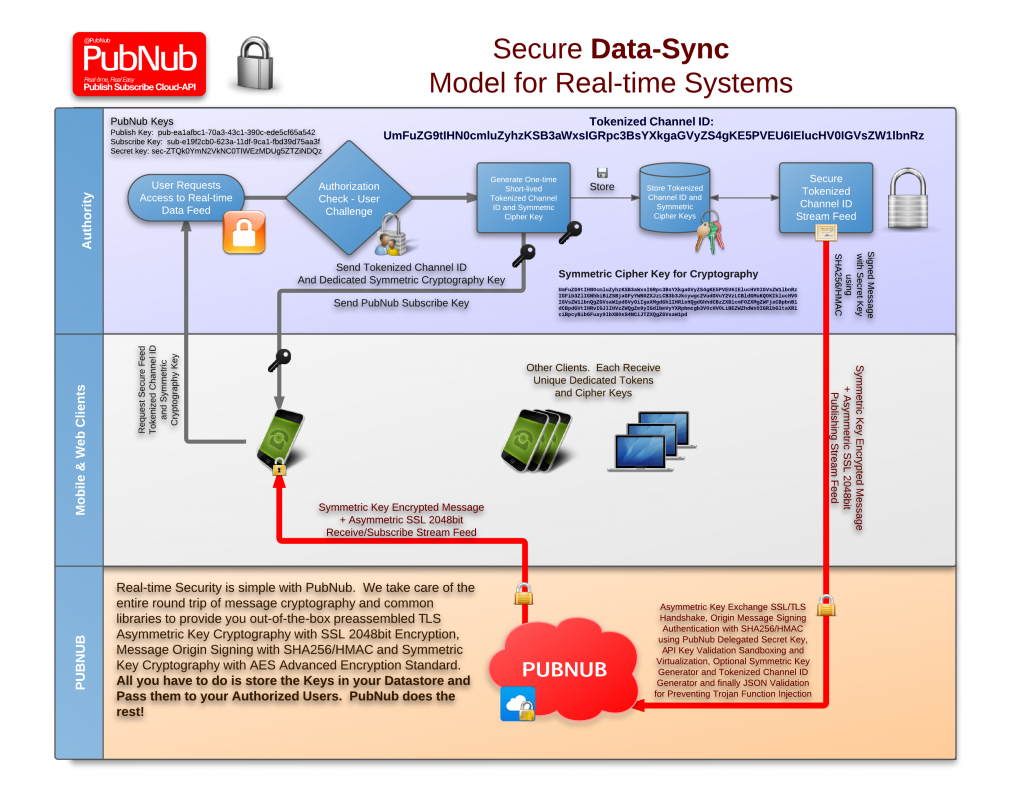 Sounds Great.  How Easy Is It?

See the Direct Example and View The Source Code:  Here is a simple AES example.