Getting started with GCM for Android and PubNub to send real-time push notifications to mobile users.

Learn more in our Push Notification Overview and Documentation.

We are going to talk to you about two technologies that will make your life easier when developing real-time applications for Android.

Let’s consider the following scenario. You are developing a real-time sports application which feeds its users with critical news during a game. A key feature to the app would be to send reliable push notifications to the users as soon as their favorite team scores. 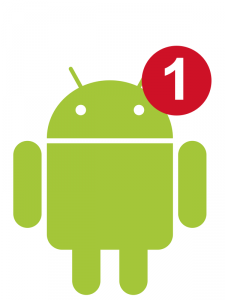 You could develop the notification system yourself. You’d have to take many cases into account, deal with queuing, saving the notification and resend in case of offline devices. It’s long, time consuming and more or less the same system as many other applications.

Google is here to save the day. Google Cloud Messaging takes care of all of these issues for you. It provides you with its service for free too. Sending push notifications suddenly becomes so much easier!

Note that this service is only available for small messages to the client applications: 4096 Bytes is the limit, so only lightweight information can be sent.

When an user installs an application, it must register itself to enable GCM. Once this is done, as soon as you decide to send your users a notification, a succession of actions will be triggered:

Pretty cool, but there’s a fair amount of engineering work that goes into setting up a GCM service. But overall the service is quality.

Obviously, once you are using PubNub Data Streams, you are already communicating in real time with all of your devices – but if you want to send push notifications for a native Android experience, GCM is a great ally.

PubNub has an easy integration with GCM. The PubNub channel replaces the third party servers which send these notifications to Google’s GCM servers. You may have any registered endpoint send a push notification to your connected devices.

Coming back to the sports news app example, you can have your sports critic send the score in real time from his phone and trigger a push notification to the rest of the audience’s devices. PubNub makes it simple – additional servers that you have to operate can be ruled out of the equation!

This allows the application to send push notifications to devices registered on specific channels in no time. It combines the native Android Notification API from Google with the real-time data stream network of PubNub. Your notifications will be natively understood by any Android device. If you already have GCM on your application and are considering using PubNub, you’ll hardly have to change anything about your app, most likely removing code!

Getting Started with PubNub and GCM

Let’s start with getting you up and running.

First step, head to  the Google Developer Console. Open an account if you do not have one and follow these instructions. The two pieces of information you’ll want to keep are:

Getting Going with PubNub

Now let’s head out to PubNub to get started. Sign up for a free PubNub account and get your publish/subscribe keys from the Admin Dashboard. 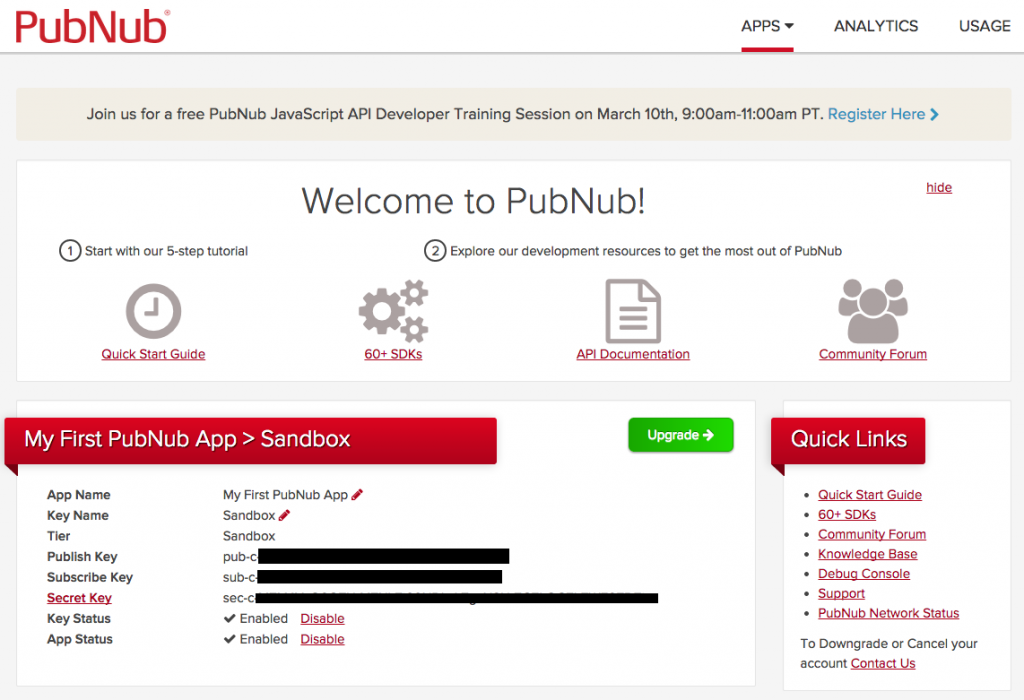 Next, you’ll also need to enable Push Notifications. Scroll down the page and add the option to your account.

You will be asked to provide the Server API Key provided by Google. 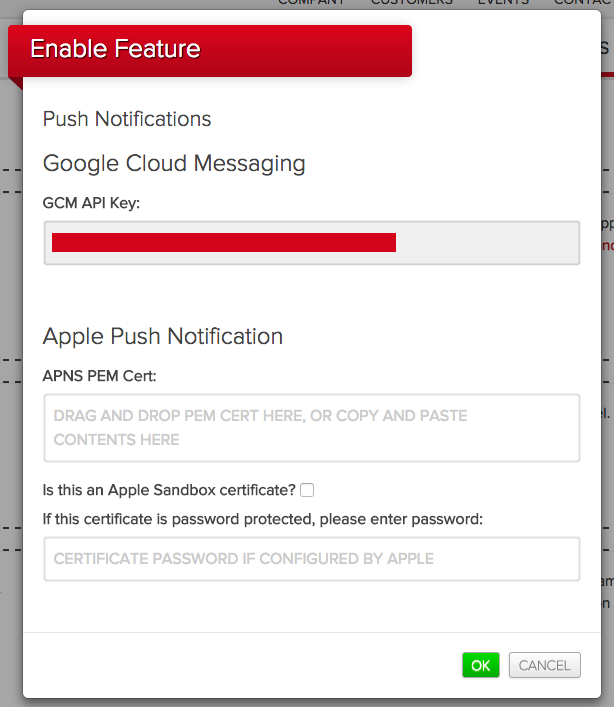 This is the key element which allows your PubNub channels to send notification requests to GCM servers.

That’s it! We are ready to roll!

You can start your Android project now!

You’re almost ready to start coding, let’s just make sure you have all the correct dependencies to start!

To add pubnub to your project, clone the git repository:

You’ll need to copy to your project 2 of the libraries found in the repo:

Next, you’ll need to add the Google Play SDK to your application. Follow these instructions.

And that’s it! We’re ready to get coding and start sending push notifications to Android devices using GCM and PubNub.