Cloud State Machines: The Future of IoT and Edge Computing

What is edge computing and how does it compare with Cloud Computing? Learn what makes a cloud state machine so great and how it can better your business.

Although the burgeoning paradigms of IoT and Cloud Computing allow seemingly immaculate technological implementations, we mustn’t forget the prevalence of our bad practices. Even now in 2018, millions of dollars are wasted at the expense of inefficient deployment and development designs.

In the world of IoT embedded devices, this waste is partly due to a dogmatic default to the device-edge-cloud model. This approach involves the network of IoT devices sending large sums of data to a local edge computer. The edge then either processes that data to push to a cloud repository or pushes the data first for the cloud to process.

This methodology aims to better facilitate data traffic across a network; however, this is not a one-size-fits-all IoT framework as it sometimes carries crippling detriments for the project’s cost, development, and deployment.

To illustrate, consider an agricultural IoT farm that aims to install sensors which gather soil moisture data and adjust its sprinkler systems accordingly. If the farm were to take a device-edge-cloud model approach, several costly and time-consuming issues may arise:

While Edge Computing certainly has its place in IoT, the framework has been redundantly overused. Instead, engineers and developers must learn to think differently about structuring their network architecture.

In 2018’s advent of stronger cloud computation, cloud-based state machines provide an extremely versatile and efficient solution to IoT network design. For those yet unaware of the inner mechanisms that derive a state machine in the cloud, it is useful to follow this article, as it explains in detail what a cloud machine is and how to build one from the ground up.

This article will serve as a companion piece to the latter, as instead of answering HOW one would use a cloud machine, it shall focus on explaining WHY. Particularly, this piece will tackle the 3 dogmas of IoT: Hardware, Development/ Deployment, and Business model.

Housing a state machine in a PubNub Function means that the user can outsource all of their data and computations to the cloud. Therefore, at the very least, an IoT device can solely publish and subscribe data over a REST API  or “native SDK” so all the work can be taken care of in the cloud.

A minimalist pub-sub framework for client-side code provides many favorable benefits for the IoT device’s hardware:

Here’s an example of how one would implement such a framework.

When deploying a network of devices that report to an Edge server, the debugging process can take just as long, if not longer, than the development itself. Even diagnosing the issue can be extremely tedious if the problem is not apparent; however, when a network is working under a state-machine framework, the problem can be much easier to pinpoint.

For example, state machines allow for code to be very readable as the code can be broken up into very small and manageable blocks that other users can quickly run through. If an IoT device or network is not functioning properly, the developer can physically identify which state is dysfunctional and quickly fix the problematic code associated with that state.

Ex. of a state machine with blank states and 4 inputs

Additionally, instead of having an on-site Edge, a cloud Edge can be accessed remotely from any location. With PubNub Functions, this benefit becomes more pronounced when trying to update issues remotely.

From this UI, the user is able to virtualize the terminal screen of each IoT device with the console-debugger. Since all the device needs is an internet connection, the user can essentially program logic for any network of devices from anywhere in the world! 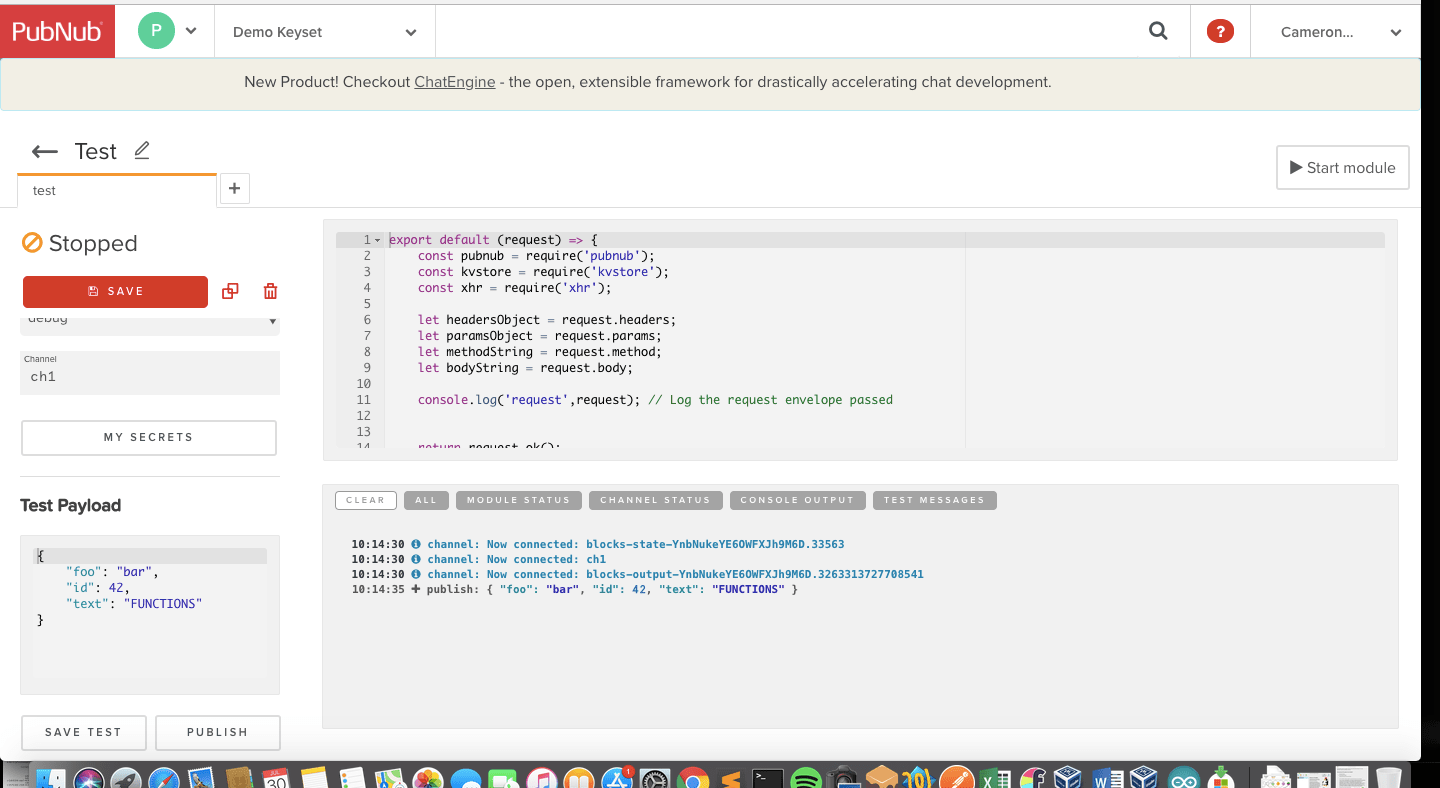 The Functions module also comes with an array of APIs that can easily be imported into the cloud code, without requiring the device to need more hardware. This means that even the smallest of IoT devices can now interact with any API, no matter how large.

<If you’re interested in the wide variety of API’s PubNub has to offer, check out the Blocks Catalog>

On the business end, cloud state machines share many of the same benefits as do conventional cloud-based networks.

The largest benefit of cloud systems involves the project’s scalability. As the business of the project begins to expand, adding more devices to the network has little to no effect on the networks infrastructure. A device simply needs to be pre-programmed to publish and subscribe to the network, requiring no more than an access token from the server. 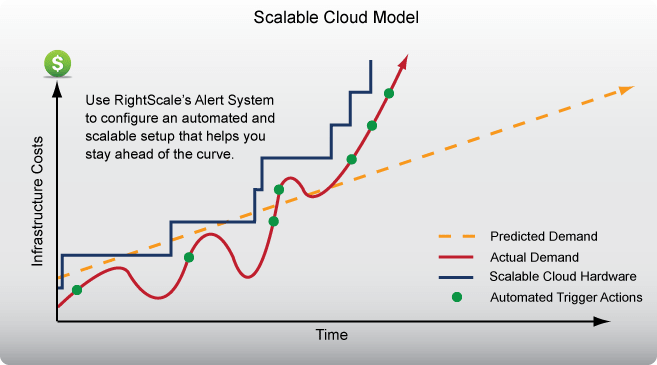 Additionally, the business can manufacture itself into a Platform as a Service (PaaS); The company can provide their cloud server as a platform for other device networks to use. For example, if a company were to build a robust PubNub Function optimized for a particular IoT smart farm, other companies can pay to use that Function to deploy their own IoT smart farm.

Try It Out For Yourself!

If this article has enticed you towards the world of cloud-machines, come build one yourself to see the power first hand!