AT&T Flow Designer is an intuitive visual tool that makes it easy to design, prototype, and deploy IoT solutions. With this web-based tool you can visually create and connect multiple data sources...

AT&T Flow Designer is an intuitive visual tool that makes it easy to design, prototype, and deploy IoT solutions. With this web-based tool you can visually create and connect multiple data sources, cloud services, and embedded devices.

We’re also excited to announce that we’re partnering with AT&T for the upcoming Real-time AT&T IoT Starter Kit Challenge on Hackster.io. Harnessing the power of AT&T’s new IoT Starter Kit, Flow, and PubNub, hackers across the United States will contend to see who can build the most innovative IoT app. With a ton of great prizes, we hope to see your app!

In this tutorial, we’ll build off the knowledge gained from the AT&T guide to demonstrate how PubNub can be integrated into Flow Designer.

This tutorial is not technically dependent on that guide, however it is suggested as a prerequisite regardless since it will introduce many general Flow Designer concepts which will be needed for this PubNub Flow tutorial. You will need to create a free AT&T IoT Platform account before diving into this tutorial.

Login and Create a new Flow 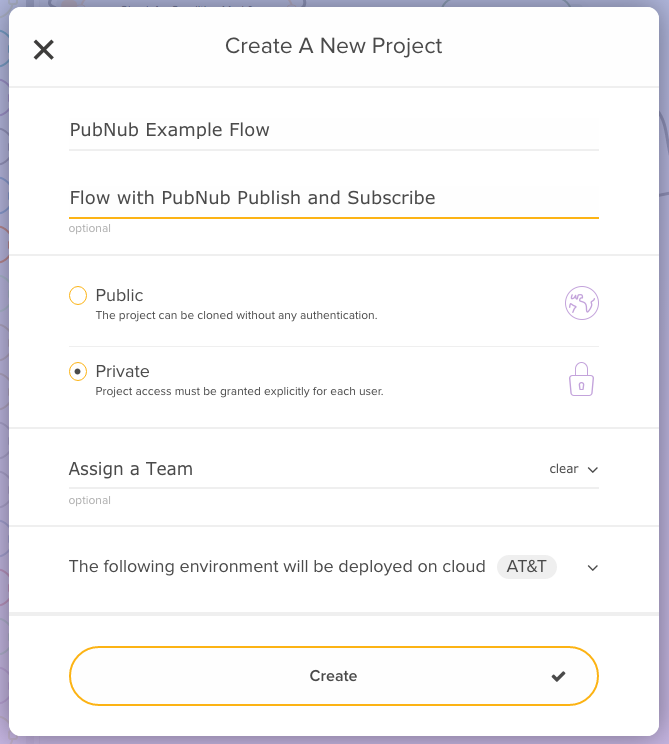 Shortly after clicking Create, you should be presented with an empty Sheet 1 of your new Flow. 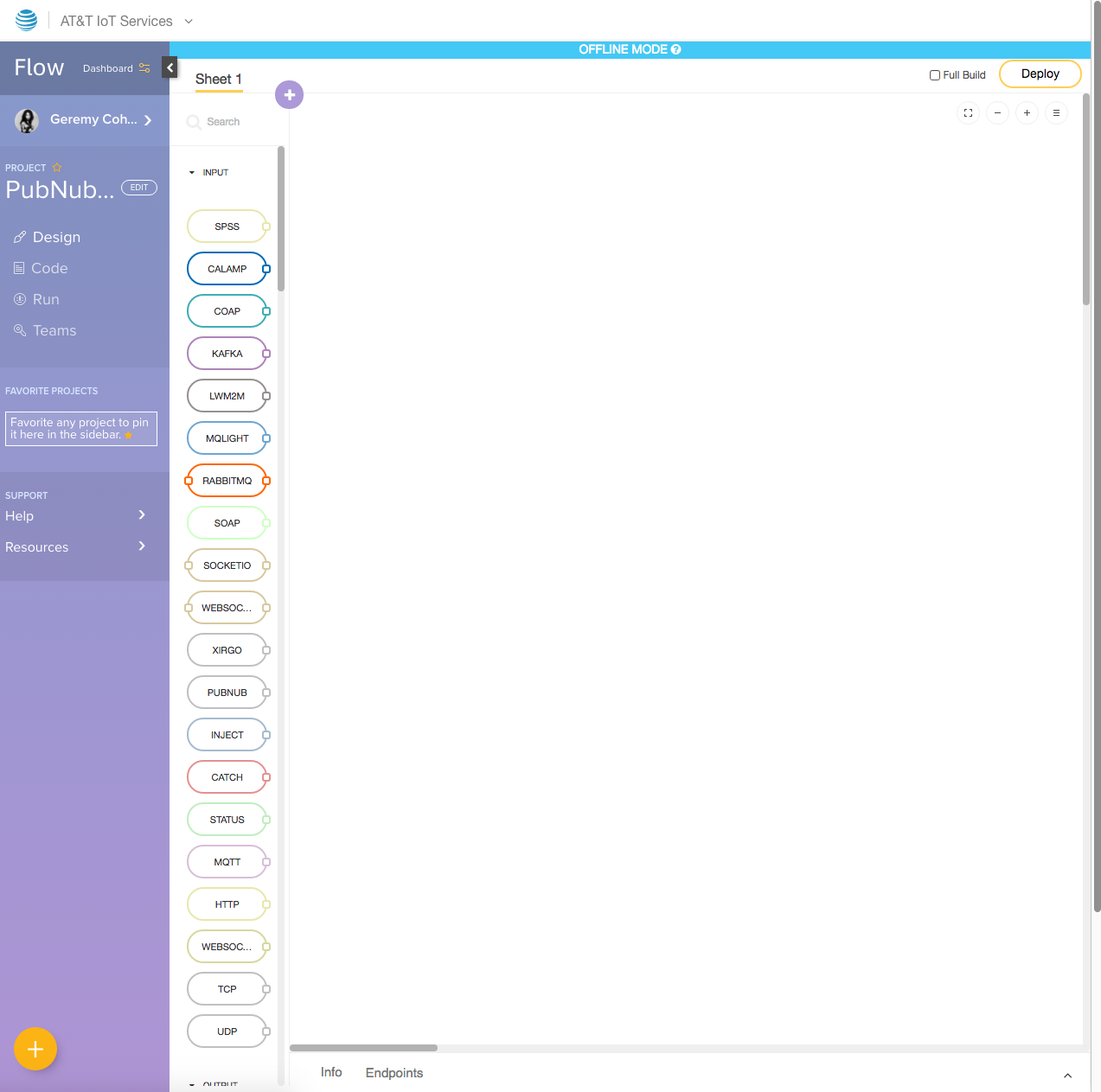 Now that we have our blank canvas, we’ll wire up the nodes of the flow. 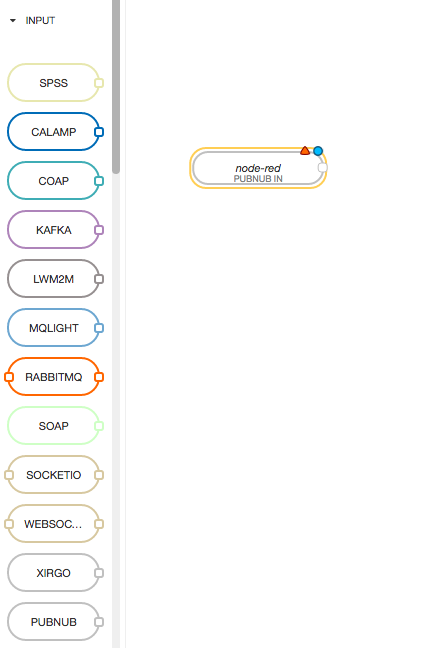 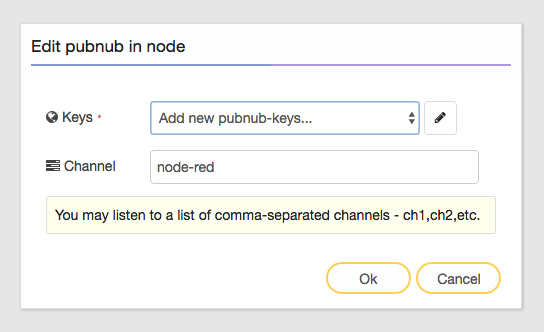 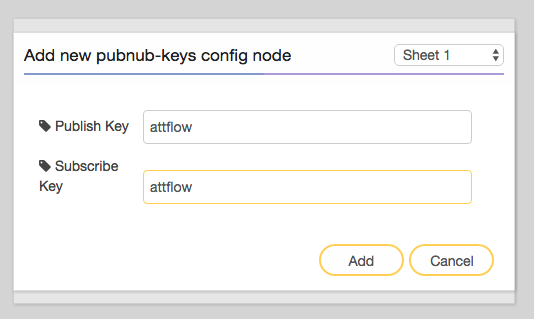 Your editor should now look similar to the figure below: 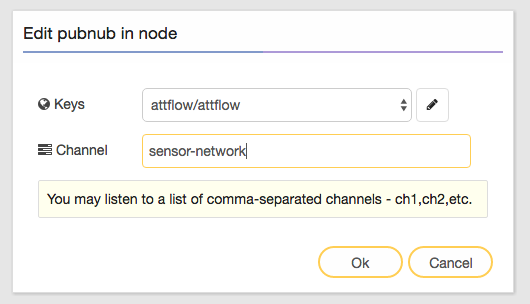 Your node should now resemble the figure below:

Since we just configured PubNub to subscribe to a live feed, we’ll connect a Flow Debug node to the PUBNUB IN (subscriber) node to get a live view of the data.

Creating the Debug Node for the PubNub Subscriber Node

To get a live view of the data produced from the PUBNUB IN node, we’ll connect a debug node to it. 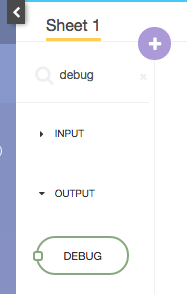 Once the deploy completes, at the bottom of the screen, you’ll see a Debug menu item.

You should see the PubNub sensor-network datastream output displayed in the Debug console.

The Debug node’s output can be toggled on and off via the green indicator button located directly to the right of the Debug node:

NOTE: Via PubNub Access Manager, this keyset and channel has been locked down to prevent unauthorized publishing. Feel free to create your own PubNub app and keyset to use the PubNub Developer Console with your own data!

Getting PubNub data into Flow Designer is just half of the equation. The second half is to use PubNub to stream data out of Flow Designer. In this next example, we’ll demonstrate how to do just that. 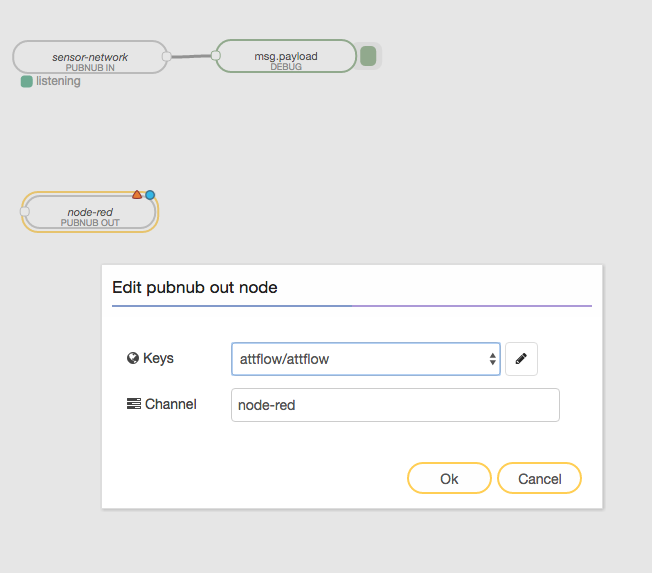 In the first example, we defined the attflow/attflow config. Since we’ll be publishing out on a different (your own) key this time, we’ll defined a new config, based on your very own subscribe and publish keys. If you don’t have them already, go ahead and signup now. 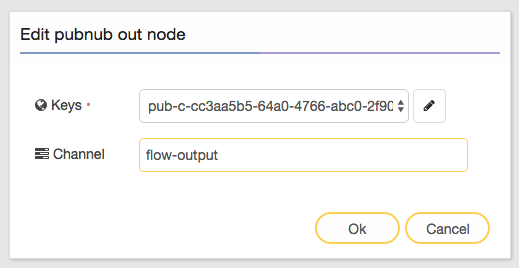 NOTE: You can use and set any arbitrary channel names (they are arbitrary and unlimited) but for this example, we’ll choose to publish our data out on the flow-output channel.

Your node should now resemble the following:

A PubNub output (publish) node can send out any JSON data, be it Integer, Boolean, String, or Object. The data can be programmatically created via a function node, or it can be data that Flow already pre-processed and handled.

To simplify this output example, we’ll just publish a timestamp integer by way of the Inject node. 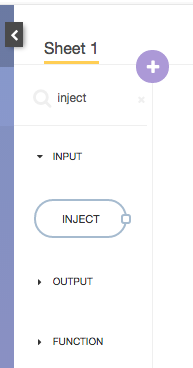 In our first example, we used a Flow DEBUG node to output PubNub channel data to Flow Designer’s Debug console. In addition to using this debug tool built into Flow, we can also use the PubNub Developer Console to view and troubleshoot the data as well.

If the credentials are valid, you should see a message similar to:

In the console output field.

You should see the output of the INJECT operation in the form of a JSON message output.

This tutorial served as a general introduction of using PubNub Datastreams with AT&T Flow Designer; it introduced the PubNub Input (subscriber) and Output (publish) nodes, as well as debugging tools on both the Flow Designer and PubNub sides. From here you can connect multiple PubNub streams to Flow, as well as integrate with other interesting datasources and hardware.

If you have any feedback or support questions please feel free to contact us at support@pubnub.com.

If you’d like more info on seeing PubNub work with AT&T, check out these webinars on AT&T Flow Designer and the AT&T Iot Starter Kit: