We're pleased to announce PubNub Functions, serverless compute directly at the edge of the network, which executes business logic on messages in-flight as they are streamed through PubNub.

We have two announcements we’re excited to share with you!

First, we’ve renamed PubNub BLOCKS to PubNub Functions. Our pre-built Functions and integrations will still be available in our branded BLOCKS Catalog.

As you may know, PubNub Functions is serverless compute directly at the edge of the network, which executes business logic on messages in-flight as they are streamed through PubNub.  With a single click, developers have access to the Functions they need to build and operate their real-time app – without worrying about deploying, maintaining, and scaling server infrastructure.

Second, we are introducing webhook integration into PubNub Functions with Endpoints! Endpoints makes PubNub Functions available to anything capable of making an HTTP request, without the need to publish to a channel via one of our 70+ SDKs.

Creating a webhook is super easy. Simply select “On Request” as the event type when creating a new Function, and specify the desired URI path: 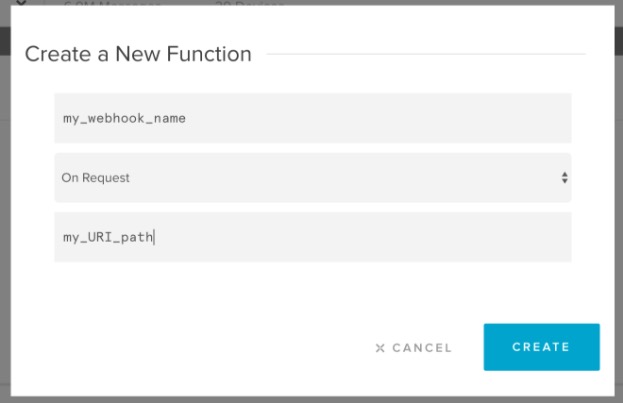 With the ability to deploy secure Functions and REST endpoints in the network through the click of a button, developers can quickly:

For further learning, check out the Functions and Endpoints documentation or our Facebook Messenger chatbot tutorial.

We’ll keep you posted as we release more Endpoints webinars and tutorials in the near future.