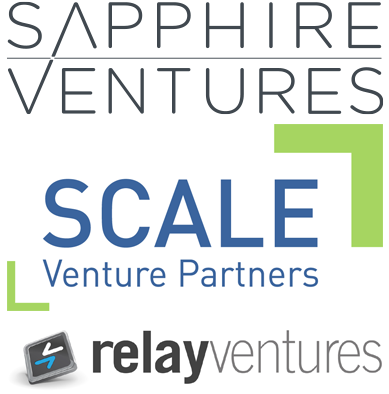 Since our inception, thousands of developers have used the PubNub Data Stream Network to connect and scale real-time web and mobile apps, as well as Internet of Things devices. We’re in home automation, financial trading, connected cars, dating apps, billboards, and everything in between.

It’s safe to say we’ve come a long way since 2010, and we’re even more excited for what the future holds.

Real-time Interaction is the Future

Today, we’re witnessing a tremendous expansion in the demand for real-time, synchronous applications, across every vertical. Every day, customers come to us with new and novel use cases for our Data Stream Network. Users expect all interactions to be real-time whether they using mobile apps or controlling IoT devices. When it comes down to the technology, users need apps that leverage a global data stream network network to give them the experiences they expect.

Seeing this, we know it’s time to accelerate our global growth and cement our position as the the leading Data Stream Network for secure and reliable real-time communication over the Internet. In addition to expanding our sales and marketing efforts, we are planning to roll out a number of improvements and new features on our network this year. PubNub as a company is still over half engineers for exactly this reason – so we can continue to expand the capabilities of our network and empower our customers to do amazing things.

Last, we want to give a massive thanks to our customers. Your feedback, support, suggestions, and creative uses of PubNub have helped us get to this point. Our thanks also goes to the developer community as a whole, from those who built personal projects to massive global applications with millions of simultaneously connected devices. We would not be here without you, and we can’t wait to see what you build with PubNub.

Now back to work.

Excited to be part of latest round! RT @TechCrunch: @PubNub Gets $20M To Scale Up Its Low-Latency Messaging Network http://t.co/2Vo4IFtBtQ

@PubNub Gets Another $20M To Scale Up http://t.co/NVnwEQXYa1 via @techcrunch – great team, product and leadership, they are killing it !!!
— Robert E. Capelli (@CapelliRobert) July 1, 2015

Congrats @PubNub team! They are changing how we build web/mobile/IoT apps with their Series C. Great technology https://t.co/3Q7iTNqtz7

PubNub continues to rock. Sometimes, as an investor, you just know that the product and team rock and rest follows! https://t.co/uNnTZMWwYI

Congrats to @stephenlb and the @PubNub team. Always providing a great service. Looking forward to the growth. https://t.co/2JvB9SXSHU