“I’m setting you up to be dangerous,” declared Bear Douglas, a Twitter developer advocate who was the Android instructor for sixteen rising college juniors as part of Twitter's inaugural Early Bird Ca...

“I’m setting you up to be dangerous,” declared Bear Douglas, a Twitter developer advocate who was the Android instructor for sixteen rising college juniors as part of Twitter’s inaugural Early Bird Camp. I had heard of her only weeks before from Tomomi, who knew her from events and meetups like the PubNub, Fabric, and fastlane meetup PubNub hosted in January. When I heard Bear’s declaration on that first day of instruction, little did I know how much the camp would affect me. Now, upon completion of the program, I do feel that I am developing the tools to become dangerous in the San Francisco tech scene (being on an Evangelism team led by two empowering women does help, though–shoutout to Tomomi and Bhavana, and also to PubNub for teaching me enough so I could begin to evangelize while out of the office!)

Though I do not usually have trouble chatting with others, I found that explaining, “I am a developer evangelist intern at PubNub” was a great conversation-starter, making it easy to connect with many people. When I saw one engineer in line for breakfast wearing a MoPub jacket, I burst out, “Mobile publishing? That reminds me of PubNub’s publish and subscribe methods!” Boom, conversation started. To those who had heard of PubNub, they were often very interested in what it was like to work there, what the culture was like, and what I had been working on. To those who had not heard of it, they would want to know more. “What is PubNub?” some wondered, and I would continue, “Well, let me tell you…” Likewise, if they did not know about developer evangelism, a similar discussion was sure to follow. One camper was especially interested in data, and perked his ears up upon hearing me describe PubNub as a Global Data Stream Network. Like a good developer evangelist intern, of course everyone I talked to got PubNub stickers. 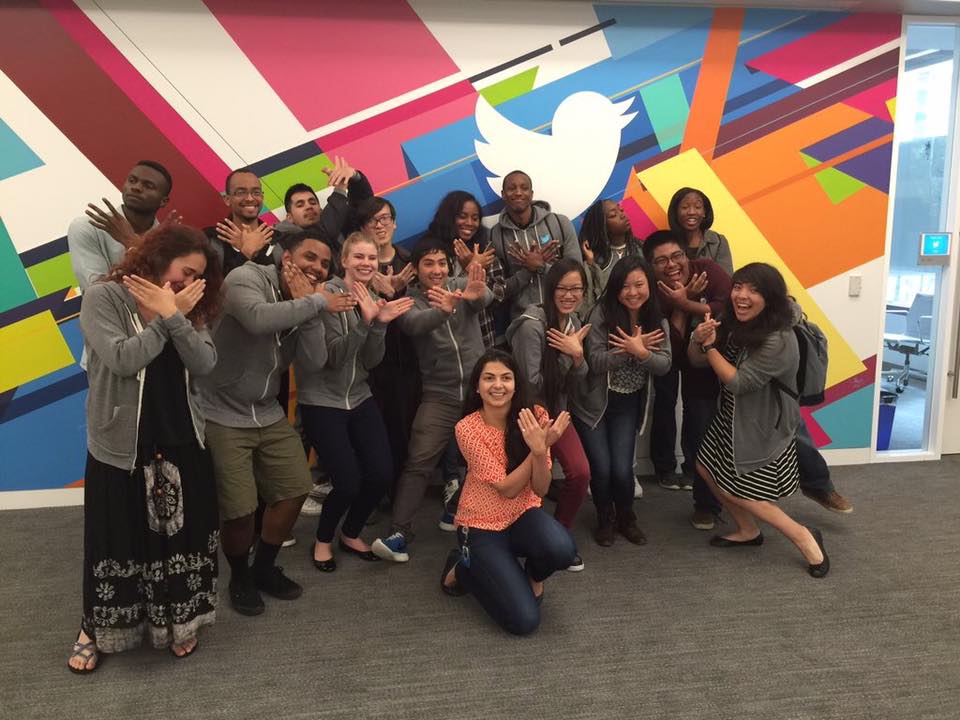 Putting the first Early Bird Camp together took so much time, effort, and resources from so many people. There were the fearless mama birds, Janet, Twitter’s Diversity Program Manager, and Keiyana, a University Recruiter. They were the glue that held everything together, mapping out our schedules, events, panels, and more. Nandini, the VP of Engineering, spoke to us the first day of camp, had dinner with us the second night, and watched our app presentations on the last day. There was my mock technical interviewer Will, an engineer who I empathized with because he, too, studied computer science at a liberal arts college. He gently reminded me that there was more to computer science than hacking on side projects. Will I continue attending hackathons? Of course, because it is fun to learn and build things! It is merely just a matter of balance and of budgeting time for other things, too. In the end, however, the one who left the biggest impact on me (and on most of the campers), was Bear. She was persistent, thinking outside of the box to explain concepts when it took time for us to understand something. She was open to learning new things on the fly herself, going through the Firebase documentation alongside us because we all wanted to use it, even though she knew Parse. Bear was warm, spunky, dedicated, witty, and a wonderful teacher for students who had never developed for Android before, including this aspiring evangelist.

Learning from the Other Early Bird Students

A few weeks before the first day of camp, a private website helped connect us sixteen Early Birds who came from all over the U.S. The wide range of everyone’s backgrounds helped make the camp what it was, teaching us things other than programming. The campers were diverse, diligent, and dedicated, yet humble and helpful when others needed help.

From the very first night of camp, I learned and grew alongside my team, eventually building and shipping an Android app. There was my roommate Christina, a witty gamer from Minnesota. There was Edwin, a hilarious Code2040 Fellow currently interning down at Intuit. There was Tuan, a determined student who relentlessly asked questions and learned as much as he could from everyone he met. When he read his Android development book at dinner and coded at breakfast, it pushed us to work as hard as he did, too. Together, we made up team Unagi, a name that came from the Friends episode where Ross says that unagi is a state of total awareness (and we also all like grilled eel.) I spent this sleepless week with them learning, crying, and laughing, and would not have had it any other way.

Though I had worked on teams before, it had been for short 12-48 hour hackathons, rather than for a whole week using a language or technology no one on the team had ever used before. This week, there was more time to communicate, work, and learn, which meant that, in order to help those around me understand my code, I had to understand it fully so I could explain it to them. Though slightly aggravating at the time, it made us all better in the long run. The app that we built used the Twitter API to create tweets when the user added a task or goal to their list, and then tweeted failure or success tweets based on if they achieved their goal within the number of days that they said they will.

In our demo on the last day, we explained our app as using your social circle to hold yourself accountable. Presenting to so many Tweeps (Twitter employees) was one of the highlights of the week because it really showed how far we had come since the first day in terms of Android development and coming together as a team. We saw many of the engineers, managers, and executives who had mentored us throughout the week, and the feeling in the demo room was indescribable. Watching us present, they seemed to radiate warm fuzzies and supportive vibes.

Together, we learned the value of working with people from different schools and backgrounds. Some of us have summer internships, some are doing side projects at home, and some are doing research or taking summer classes, but everyone is hardworking and passionate. At the end of that short week, we had gained new perspectives, new ideas, and new friends. 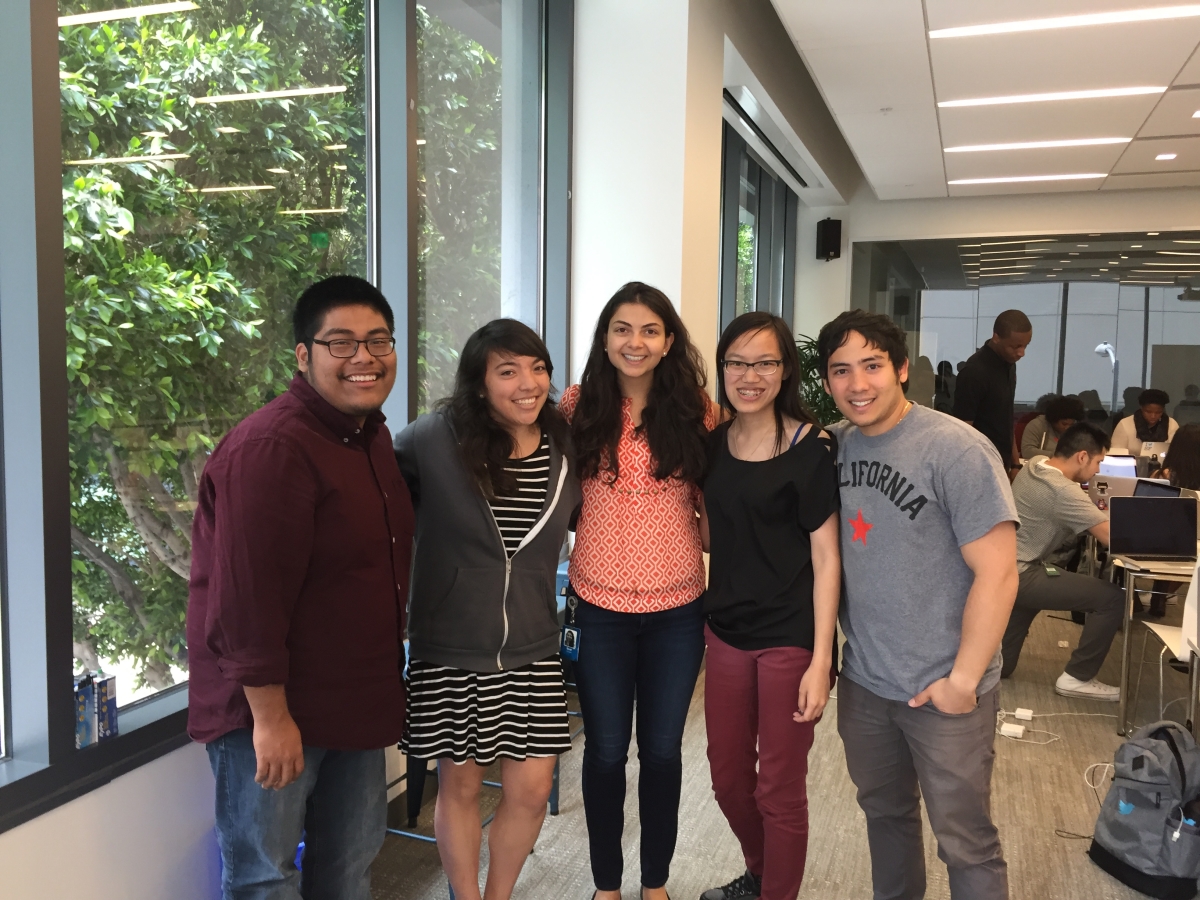 Early Bird Camp reminded me that the only dumb question is the one left unasked. By asking questions and by making simple small talk with people in the lunch line or the elevator, I gained new perspectives and glimpses into tech culture not just in San Francisco and Silicon Valley, but from around the country and even the world. I learned about other students’ college experiences, engineers’ experiences in general, and more.

My week away from PubNub at Twitter was not easy, but I did not expect it to be. It required work outside of the eight-hours of Android instruction, and lots of StackOverflow-ing. It took splitting off from the group to work alone with cups and cups of coffee, and then meeting up a few hours later to go over progress, design. Despite the stress, intensity, and steep learning curve, the students, mentors, panelists, and organizers came together in the most supportive and welcoming environment. Working to build an Android app alongside intelligent and strong students really pushed me to learn for the long-term, as well as to apply what I learned outside of the classroom setting. As one camper put it, every team member was a leader, and it was difficult at times to know when to be a leader and when to be a follower. I can not wait to use these new skills (both technical and non-technical) while at PubNub, so stay tuned for the next Android app tutorial in this two-part series!