How to build an application that uses text-to-speech to broadcast an audio message using PubNub and Raspberry Pi.

In this tutorial, we'll demonstrate how to use a Raspberry Pi's multimedia capabilities to host an text-to-speech audio broadcast service. For example, our demo can be installed as a public address system or even an accompanying audio announcement device with digital signage. 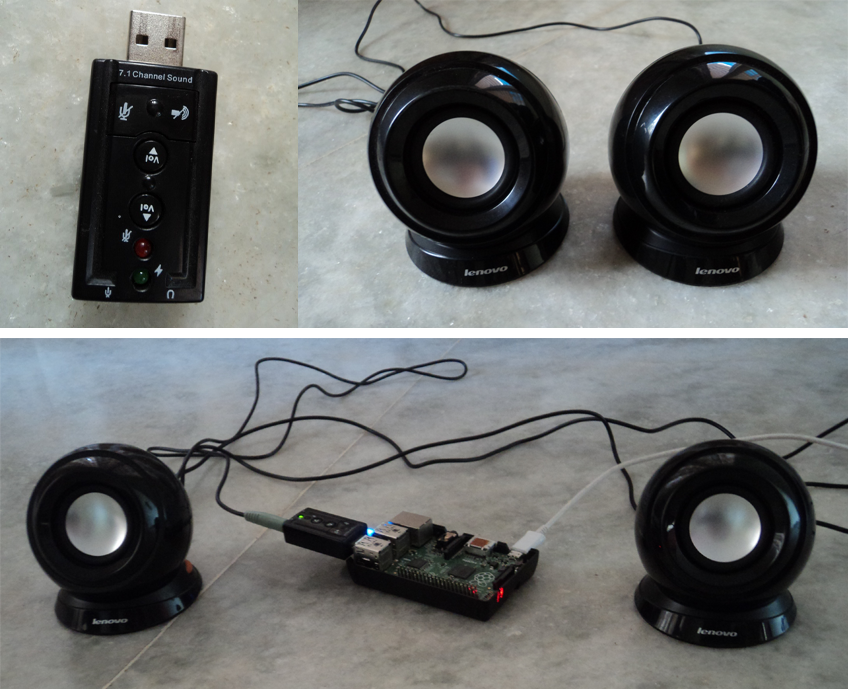 In our next step, we'll set up the sound device on the Raspberry Pi and direct the sound output to the USB sound card.

Raspbian OS follows the Advanced Linux Sound Architecture (ALSA) for managing audio devices. We have to install a few packages to test the sound device through ALSA. Using the apt-get utility, install the following packages ( you will need admin privileges to install these packages)

Load the sound driver as follows:

Make sure that the Raspberry Pi is powered off. Connect the USB sound card to one of the USB ports of the Pi and power on the Pi. Once the Raspbian OS has booted, make sure that the audio hardware has been detected. To check this, log on to the terminal (either through SSH or LXTerminal app) and issue the 'lsusb' command.

As you can see, the last device listed in the USB port list is the audio sound card.

By default, the Raspberry Pi sound driver is configured to use a built in PCM audio device. As we are using the external USB audio card, we have to make a configuration setting to let the ALSA know about our external USB sound card.

The configuration file is located in the path:

Open this file and change the value of snd-usb-audio index to 0.

Save the file and reboot Raspberry Pi for the new settings to take effect.

With the Raspberry Pi restarted, run the following command from the terminal prompt to see the current audio configuration:

You will now notice a detailed information about the sound card capabilities including sound playback and sound capture.

Next, we need to select the audio output to be used by Raspberry Pi. Open up the raspi-config configuration tool from the command line and follow the below procedure: 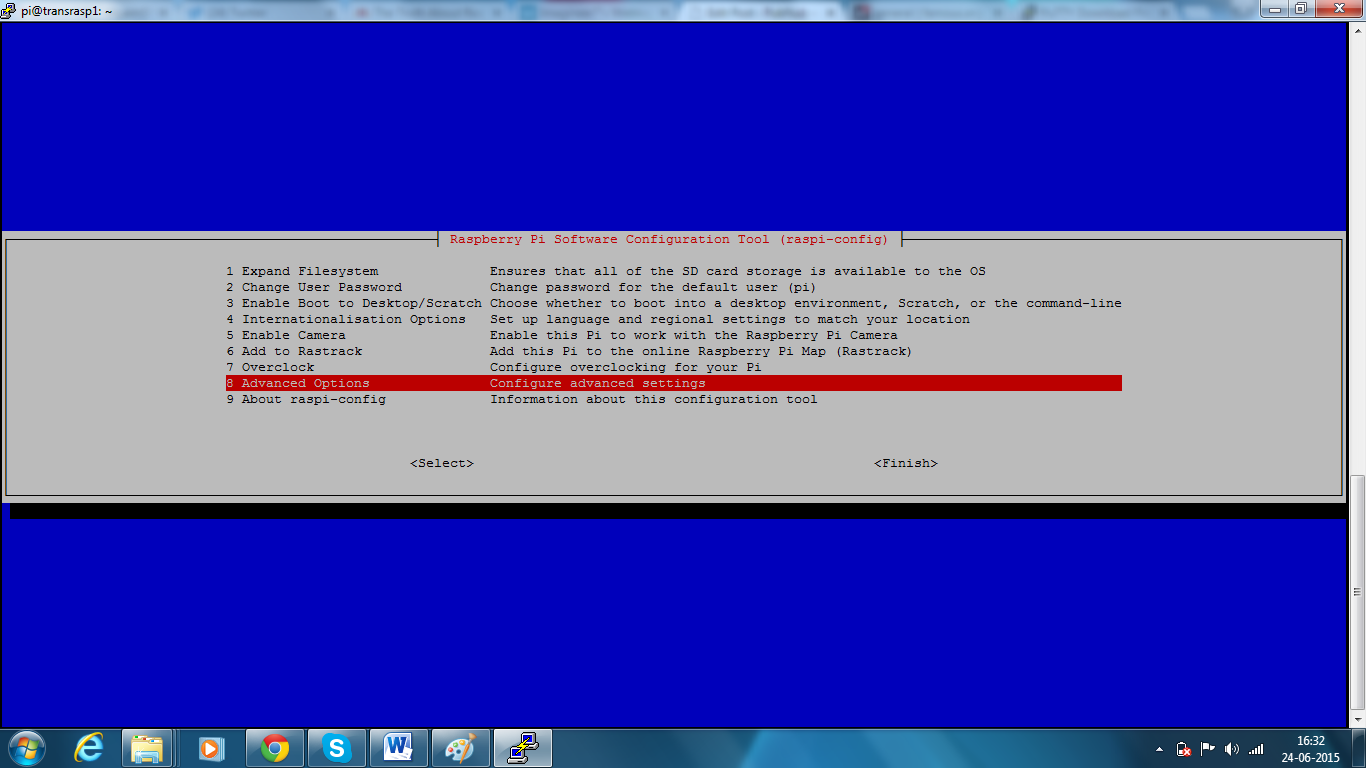 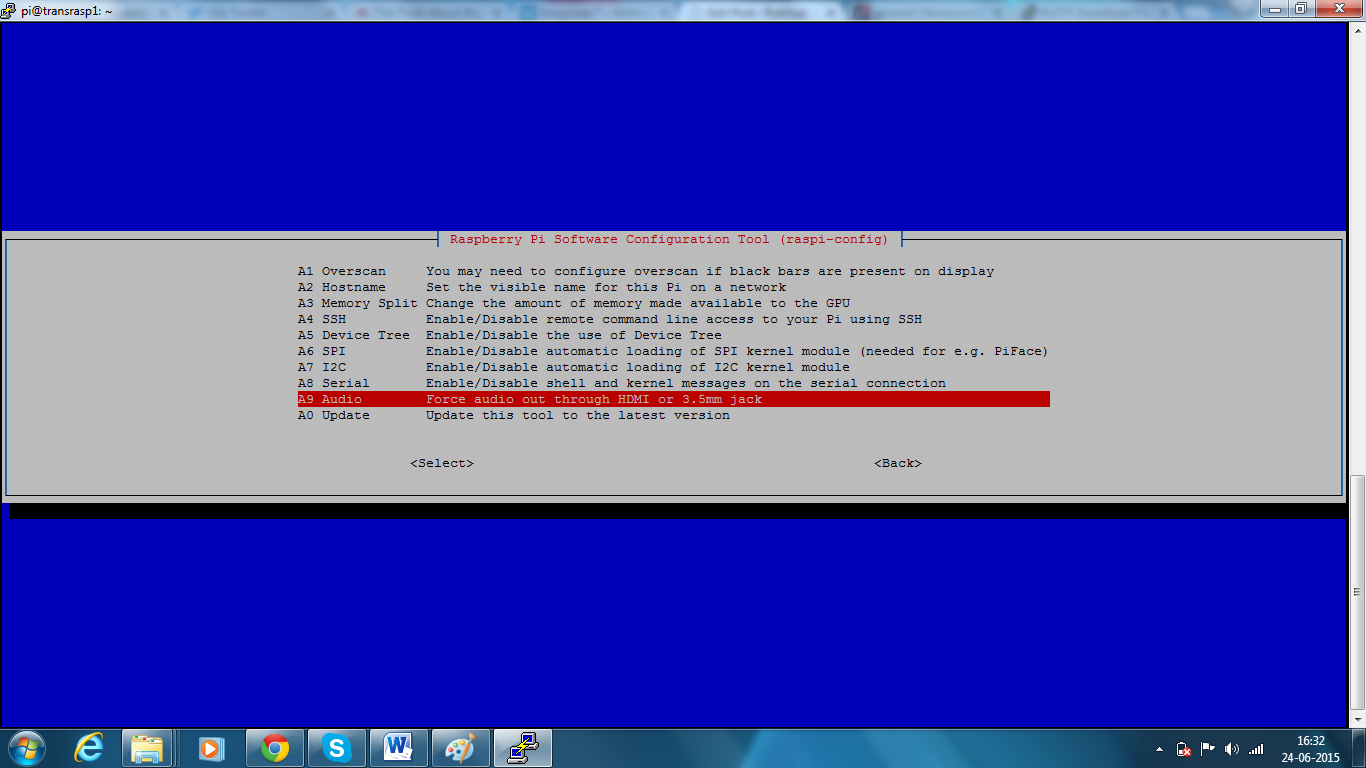 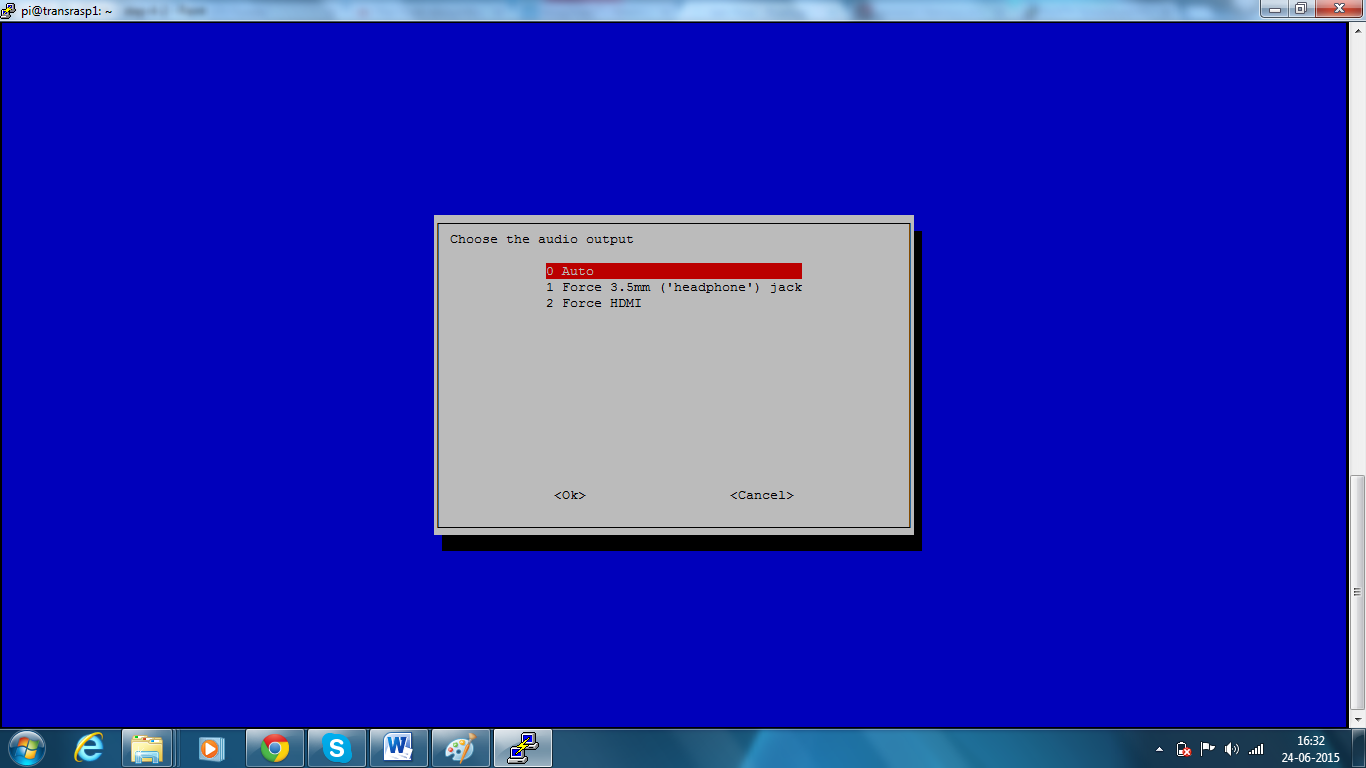 After selecting "Auto" mode, press the right arrow key to select <Ok> button and exit the options list, then select "Finish" to exit the configuration tool.

This will enable the Raspberry Pi to autodetect the sound output and use either HDMI or USB audio jack depending upon which one is connected.

With the sound device setup, it's time to test the application. Connect the speakers to the speaker jack on the sound card and play one of the test sound files provided by Raspbian OS.

If everything went well, you should have heard a quick clip of an opera singer's voice. If the audio volume is too high or low, then the volume can be adjusted by using "alsamixer" utility. 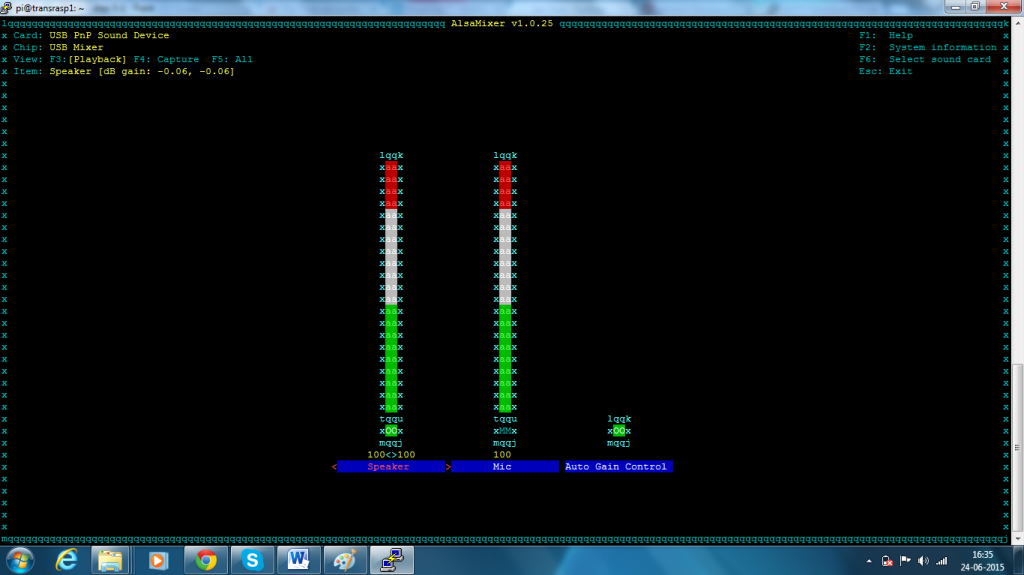 Additionally, you can use do the following to test and verify that the audio is working.

1. Use the speaker-test utility to play a sine wave through the USB output 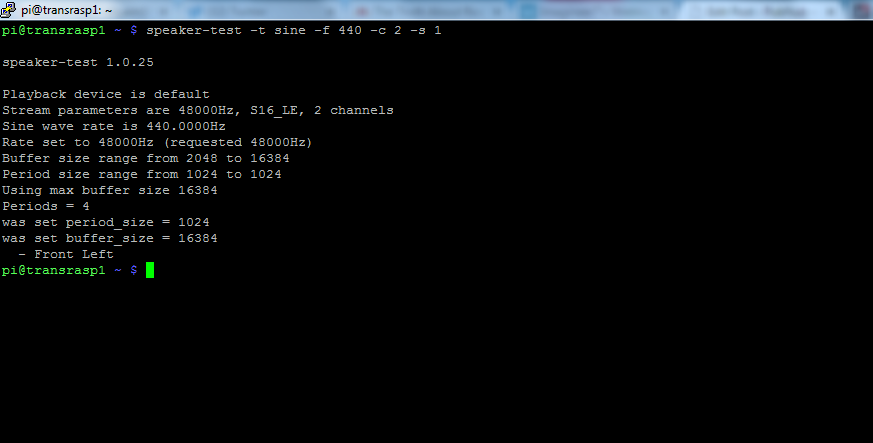 2. Alternatively, you can also run the mpg321 utility to test and play a mp3 file.

We are going to use the following tools and SDKs for this application:

Setting Up the Hardware and Software

Setup the Raspberry Pi with the WiFi Dongle and USB sound card and attach the speakers to the sound card. Then, setup the sound driver and audio configuration as mentioned above. Make sure that you can hear the sample sound from the speaker.

To convert the text to speech, install 'ESpeak' utility.

To test espeak, invoke the espeak command with some text.

Assuming your sound device and audio configuration is setup correctly, you should hear the speech as per the text you passed to espeak command. ESpeak has a lot of options to select voice types, accents and playout speeds. But for now the default configuration is fine to demonstrate this application.

First, check out the project GitHub repository for full code. The application consists of two python scripts, Requester.py and Broadcaster.py. Requester.py can run on any PC or computer as long as it has Python 2.7 installed with the PubNub Python SDK. Broadcaster.py runs on the Pi, under Raspbian OS.

To test this application, we have a sample message stored as a text file named message.txt (also under GitHub). The message words contained in this file are the ones which are eventually played out on Pi's audio output by the broadcaster.

Run the requester script on your PC. Before doing so, make sure that the prerequisites for Python and PubNub Python SDK are met and the file message.txt is in the same path as Requester.py.

Here is how the audio speech will play from the Pi's USB audio output.

Although the audio speech output generated from espeak is quite 'robotic', we can get a better performance and more natural feel by trying out one of the commercial text-to-speech synthesis programs.

Both the python scripts use PubNub Pub/Sub Messaging for exchanging information. In this application, we used two PubNub channels, one for sending the broadcast request and the second for receiving the response and indication for broadcast completion.

As the requester side, the contents of the message.txt are split into sentences so as to provide even spacing of the speech output while broadcasting the message. Each sentence is sent as a broadcast request and a completion signal is sent at the end to indicate end of broadcast.

After sending every request, the requester blocks until a positive response is received by the broadcaster indicating completion of broadcast. Upon receiving positive indication, the requester sends the next sentence.

If you want to try out the application on your own, fork the GitHub repository and get the application program files and the broadcast message script, setup the hardware and software and you are good to go. To add some fun to the experiment, you can modify the broadcast script or create your own message and listen to it while it is being broadcasted.

That's it for this tutorial! However, being huge fans of Raspberry Pi, we have dozens of great tutorials for Raspberry Pi including smart home, motion control, connected car, and more. Check them out!