One function that makes the Internet of Things the Internet of Things is remote control of devices, being able to trigger action from a remote location. This is otherwise known as remote configuration. Whether it’s a home, an office, or an industrial site, connected devices rely on some form of automation through sensors or machines and need a mechanism to control their operation remotely.

In this blog post, we’ll build and demonstrate a simple remote configuration application, controlling a device from a web browser. We will build a small IoT simulation using Raspberry Pi and showcase the most common operation, switching on and off a remote device (in this case, Raspberry Pi LEDs).

Though this tutorial is simple, the core design pattern can be extended to large scale implementations, where you can trigger multiple devices simultaneously.

For this demonstration, we will use the following hardware:

We will use the following sdks and tools

We will create two subsystems. One will be the controller, a basic web application in the form of a web page which can display the current status of device and send control messages to it, and the second one is the actual device simulated as an LED, and controlled via Raspberry Pi. 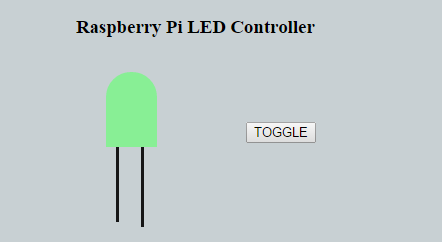 This is a very simple web page with a visual indicator for the device and a button to toggle the on/off state of LED.

Behind the scenes, we have the PubNub Javascript API that performs two operations upon receiving certain events.

When the TOGGLE button is clicked, the webpage sends a Toggle request message to the device via ‘gpio-raspberry-control’  channel.

On receiving the toggle request, the Raspberry Pi toggles the state of the LED and sends a response back to the web page with the current state. Web page updates the visual indicator for the LED based on the received state information.

Here is the schematic for the raspberry Pi connections to be used in this application. 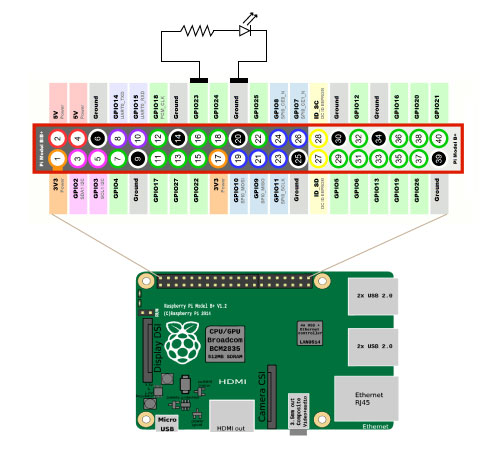 When a toggle request is received, the application checks the current state of the GPIO driving pin of the LED, toggles its state and then sends the new state back to the web application as a response message.

The exchange of messages between the web application and Raspberry Pi can be visualized as follows. 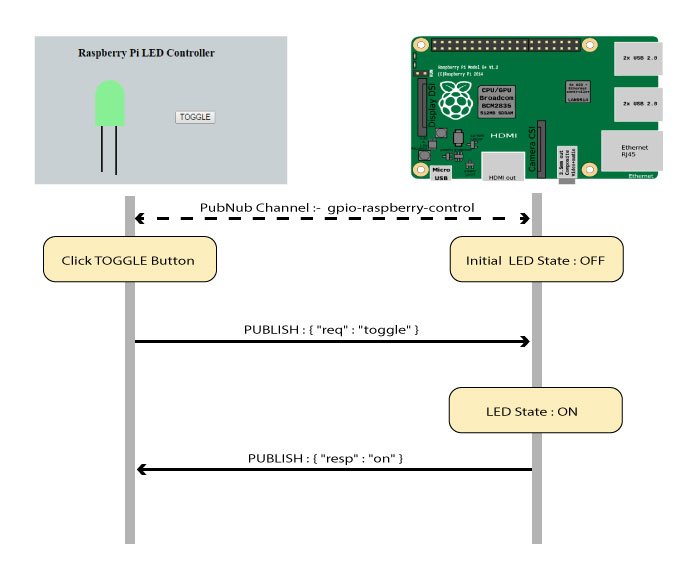 And here is how the entire system works:

This demonstration can be generalized as application layer service which sits on the top of an IoT stack. PubNub’s APIs can provide the middleware to manage the communication primitives of an IoT stack, while various such applications can be deployed on top to monitor & control the devices and visualize and analyze the data generated from them.

We’ve got you covered when it comes to embedded board remote configuration. Check out our big lot of tutorials around Raspberry Pi, Arduino, Texas Instruments, Atmel, and more!