A look at how real-time tech is changing the way we interact and engage audiences with crowd participation and second-screen apps.

What’s a crowded stadium doing during a break in the action? Well, either they’re dancing trying to get on the jumbotron, going to grab a beer, or pulling out their phone (ie. a second-screen).

Today, the bulk of us are armed with a smartphone. Stadiums, concert venues, and other large-scale entertainment facilities are being wired up with high speed internet connectivity. Why? Those stadiums want their audience to be able to connect and interact with other audience members and the outside world, and they see the value in doing so — you’re turning your audience into brand advocates.

Audiences Want to be Noticed

Want to know the best way to get an audience to interact through social media? Throw their tweets or pictures with a hashtag onto a screen for everyone to see. And how do you do this? With a real-time, live-updating social content feed.

Real-time technology is essential for powering live-updating social feeds. Audience members want to see their content published as they publish it, not minutes later. And when they see their content, they’ll keep posting, and suddenly your event or program is trending. Enabling platform developers to push data in milliseconds, emulating real-time, is at the core of these applications.

For example, take Tint, a social content curation platform that allows moderators to push social content in real time to a live updating dashboard. The platform is used in stadiums and large-scale events to project social content to jumbotrons. Tint found that events that publish and project social content publicly significantly increase social mentions around the event. Building Tint on a data stream network was fundamental to getting the speed and reliability needed for all events. 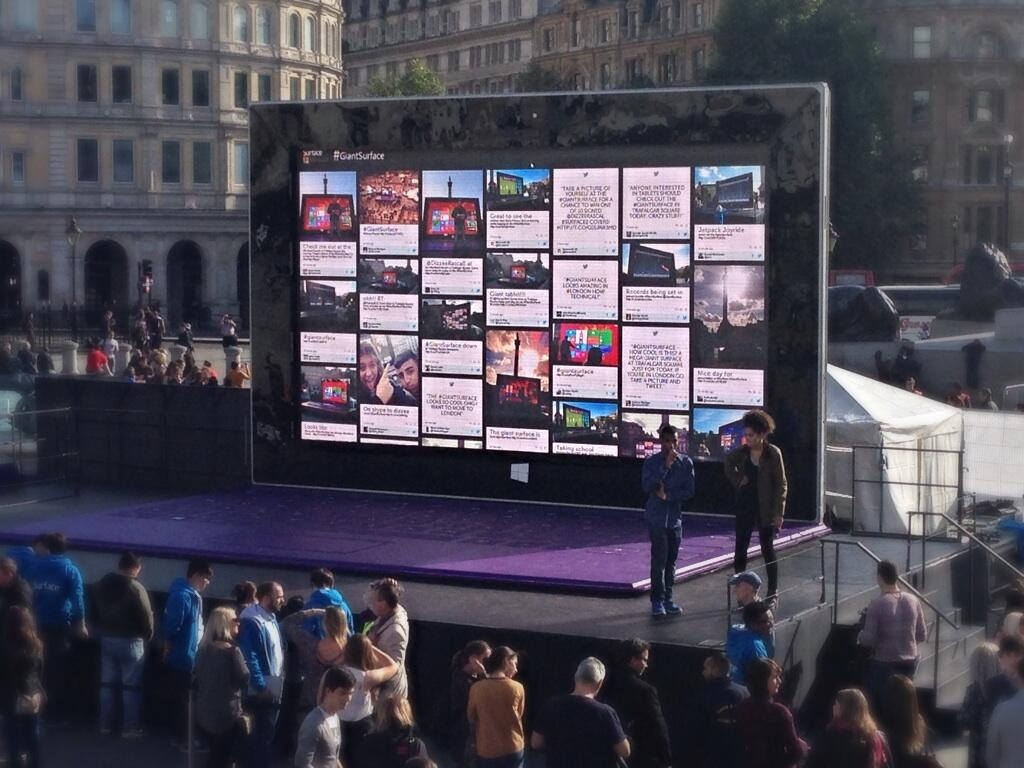 An example of a Tint dashboard displaying tweets and Instagram photos at a live event.

Interactive Environments, Even If You’re Not There

There’s a fairly large soccer tournament going on this month, and obviously we all can’t be in Brazil for it. This year’s World Cup has never been easier to follow with the rise of second-screen applications.

Second-screen applications elevate the viewer experience to the next level. By pairing a television program or television event with an interactive tablet or mobile app, we’re able to emulate the excitement of a live event on a couch (almost). It opens up the doors for audiences and fans alike to interact, compete, and engage with one another.

But to emulate this real life interaction, real-time speed and reliability is essential. Sports move fast, so applications need the ability to keep up. When something happens, content around that specific event needs to be delivered as it happens, or else the game is onto the next thing.

We really liked a little app called Next Goal by Arin Sime from Agility Feat that allows users to chat and predict World Cup scores as the game progresses. It’s a fun way for World Cup fans to interact in real time with one another, and a great example of all the cool things you can do with real-time technology in regards to second-screen applications. 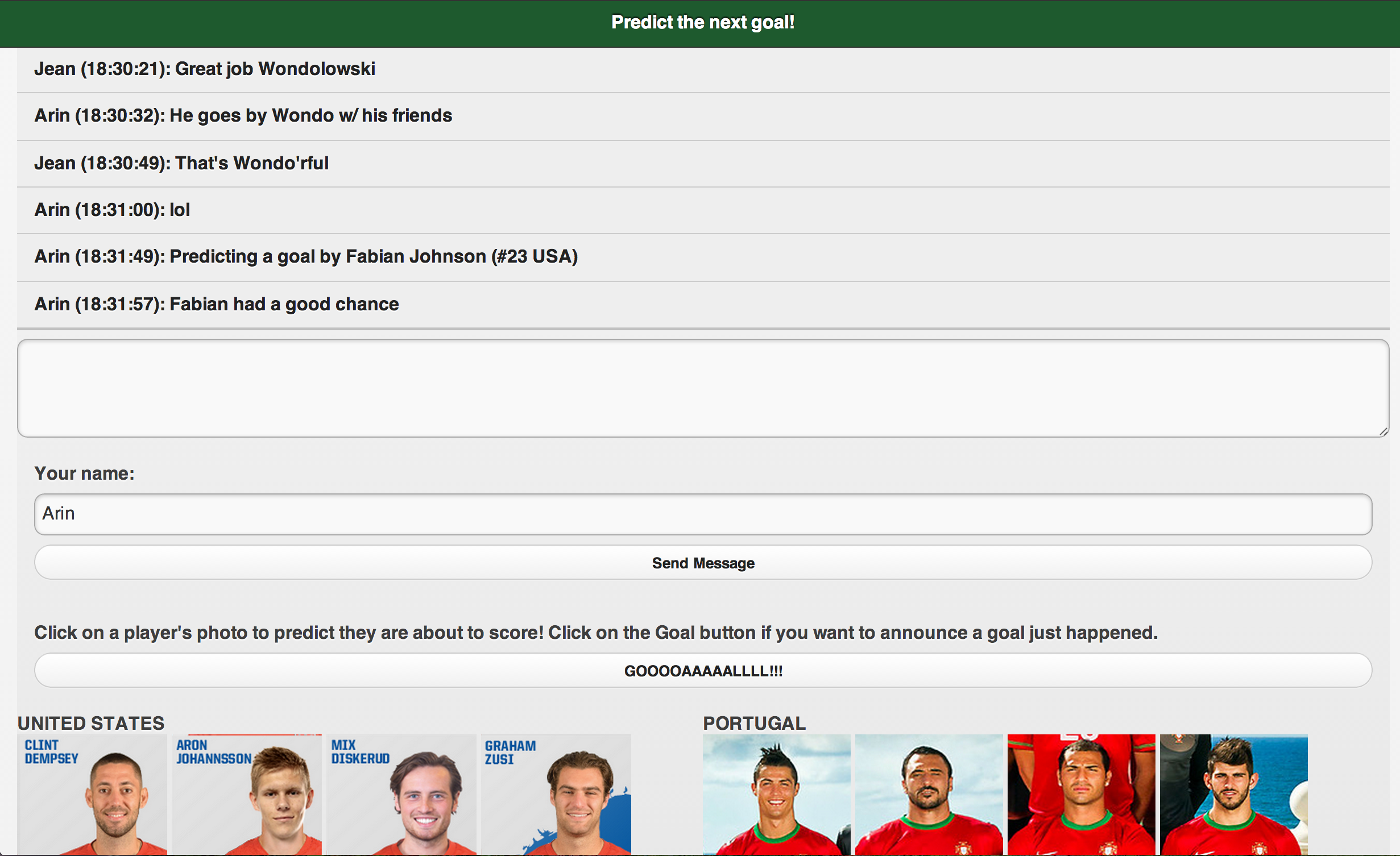 An audience doesn’t want static banner ads thrown at them. They want something interactive, and the better the interaction, the less they’ll realize it really is an ad. This is where advertisers and app developers alike can get creative. It’s not about seeing ads, it’s about interacting and engaging with ads.

However, attention spans are short, and are even shorter when it comes to advertising. That’s where real-time functionality again comes into play. On the backend, streaming data in real time is crucial for a real-time interactive advertising experience. Whether you’re publishing audience movements in a multiplayer game or pushing live content to a user’s app, that data needs to get from the users device to wherever it needs to go, as it happens.

“The immediate and responsive experience created by real-time interactivity had the potential to create an impression that there was a tangible connection between the audience’s personal devices with with the billboard, and enhance the urgency and drama of the campaign we had in mind,” said Reza Rosli of Arc Worldwide, who worked on the campaign.

Check out the interactive campaign below:

It’s important to build your interactive crowd participation app on a network that can deliver data in real time, whether it be chat messages, statistics, polls, or advertisements. That’s the core of it, but there are a number of other real-time features that can be added to bolster these apps.

With presence functionality, users can see who else is in the app, whether it be in a chatroom or a ticker showing the thousands of users interacting simultaneously. And to keep those users that may have arrived late, storage & playback functionality allows you to store and replay live action as it happened, all in real time.

Data stream networks are in turn getting faster and more lightweight. So expect to see an exponential rise in real time interactive crowd applications, no matter what event you’re at.