Create a Tessel Beacon with a BLE Module (Tutorial Overview)

How to build a smart, two-way Tessel beacon, including a full tutorial, code, and demo. This is the equivalent of an iBeacon made with Tessel.

Welcome to the next installment of our big blog series on building real-time iBeacon and beacon technology! In other words, we’re building smarter beacons, enhancing the capabilities of beacon technology with bidirectional, two-way communication. Check out the beacon series overview here.

This will be an overview of techniques to use, we will also provide you with two example apps that aim at enhancing the capabilities of beacons.

In this article, we will mostly focus on the structure of a beacon advertisement, how to advertise it and how to detect a beacon. In Part Two, we’ll build the detector (listener), and in Part Three, we’ll build the Tessel ibeacon emitter (publisher).

Tessel is a small, powerful microcontroller that runs JavaScript. Since each Tessel contains a built-in wifi chip, internet-enabled JavaScript programs can be run directly from the device, even if it is not connected to a computer. This combination of WiFi and JavaScript means that Tessel works great with PubNub! 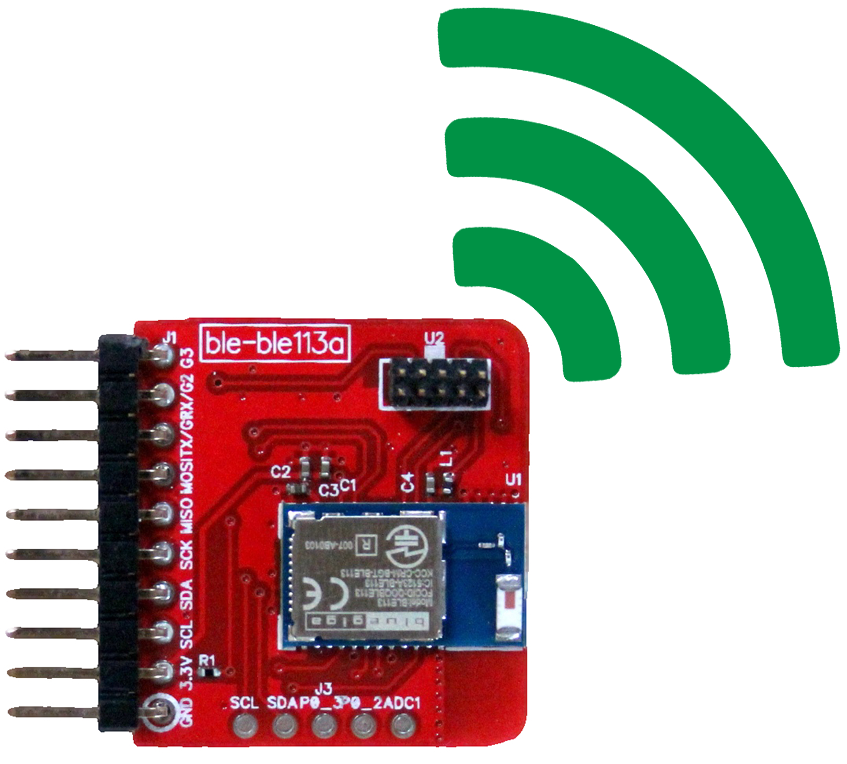 According to the Bluetooth v4 specification, a beacon advertises a data package called the Scan Response Data. This Data can be up to 31 bytes. If we create a smaller scan response, the remaining bytes will be filled with as many 0s.

The scan response is divided into what are called AD structures. They are sequences of bytes of various size, with a predefined structure that goes as follows:

That’s all there is to it. It’s just a succession of AD structures. Most beacon protocols, if not all, have only 2 AD structures which are as follows.

The first one has 3 bytes:

The 5 flags are represented by the first 5 bits of a byte. The value of these bits defines whether the flag is ON or OFF. The binary number is then written as a hexadecimal value which will be advertised. An example may clear things up:

That’s all there is to the first AD structure! Let’s look into the second one, which contains most of the information we need!

The second structure can be a different size according to the protocol. We will take the example of AltBeacon, which really is nearly identical to others.

For the AltBeacon protocol, the 2 first bytes of the manufacturer specific data are 0xBE 0xAC and are used to recognize that we have a beacon. I personally really like that they decided to use the first 4 letters of beacon! Easy to remember. The next 16 bytes are a UUID representing the advertiser’s organizational unit, the 4 next bytes can be subdivided anyway you want. We are going to divide in 2.

We’ll have 2 bytes long number, similar to the major and minor in iBeacon. The following byte must be set according to your hardware, and the last byte can be left to 0, or you can decide to give it any meaning you want.

The byte which depends on the hardware represents the intensity of the signal at a meter away from your device. It is the two’s complement of the value in dB. The value of the intensity depends on a lot of factors, it often isn’t very precise. For my tessel board, -70dB seems like a correct estimation. This means the two’s complement will be -70 + 256 = 186, so in hexadecimal value our byte becomes 0xBA.

Computing the distance to a Beacon

One of the great strengths of beacon protocols is that they give you an approximate value of the distance that separates you to the emitting device.

This is always achieved by comparing the reference RSSI which is transmitted with the beacon scan response to the RSSI your phone detects. The algorithm to compute this value is often property of the beacon protocol owners (Estimote or iBeacon). However, AltBeacon being an open project, we will be using their algorithm, available here and here.

We are going to use this algorithm in our example code to compute the distance. Note that regardless of the protocol, the computed value on the distance is not reliable and can’t be used to detect the exact location of the user. More info on that in Apple’s docs.

Implement the code in JavaScript for Tessel

We will break down the tricky parts for you. If you need a guide to get started with Tessel BLE click here.

You will also have to set up the wifi on the Tessel with tessel wifi -n {wifi_name} -p {password}.

To advertise data on the Tessel is very easy: import the ble module, build the callback for when your module is ready and use the start advertising method with your data. The tricky part is just to build the data. If you understood the first part of this article you are ready to go.

Where you replace “UUID bytes”, “major”, and “minor” with the hexadecimals you want to emit. It’s as easy as that!

If you want a fully functional example, check out our full tutorial on building a Tessel emitter and Tessel detector, which will be published over the next two days.

Just as easy. Make sure you select only beacons! Note that the scan record detected by the tessel only returns the data from the second AD structure, without the bytes for the length and the type of add!

What do you think? No need for any complicated SDKs! There is more to it, like obtaining the UUID, major, minor, and computing the distance.

Time for Part Two: Building the Tessel iBeacon Detector (Listener), the app that receives data from the beacon emitter and triggers an action.

Then, part three, where we build our Tessel beacon emitter.