Voice-control, powered by natural language processing (NLP), plays a major role in home automation solutions. Allowing users to use natural voice rather than a keyboard or mobile app for triggering device action and monitoring state is intuitive and accessible. And with now cloud-based technologies, it’s not so hard to build anymore.

In this post, we want to introduce an awesome new tutorial on voice-controlled home automation using Amazon Alexa from Gopal Amlekar on Hackster.io. The application takes voice commands, sends them in real time via PubNub, to control connected devices.

To see it in-action, check out the quick demo below:

By the end, you’ll have a basic home automation application powered by voice control!

For the full tutorial, including all the code and schematics you need, check out the voice-controlled home automation using Amazon Alexa tutorial on Hackster. 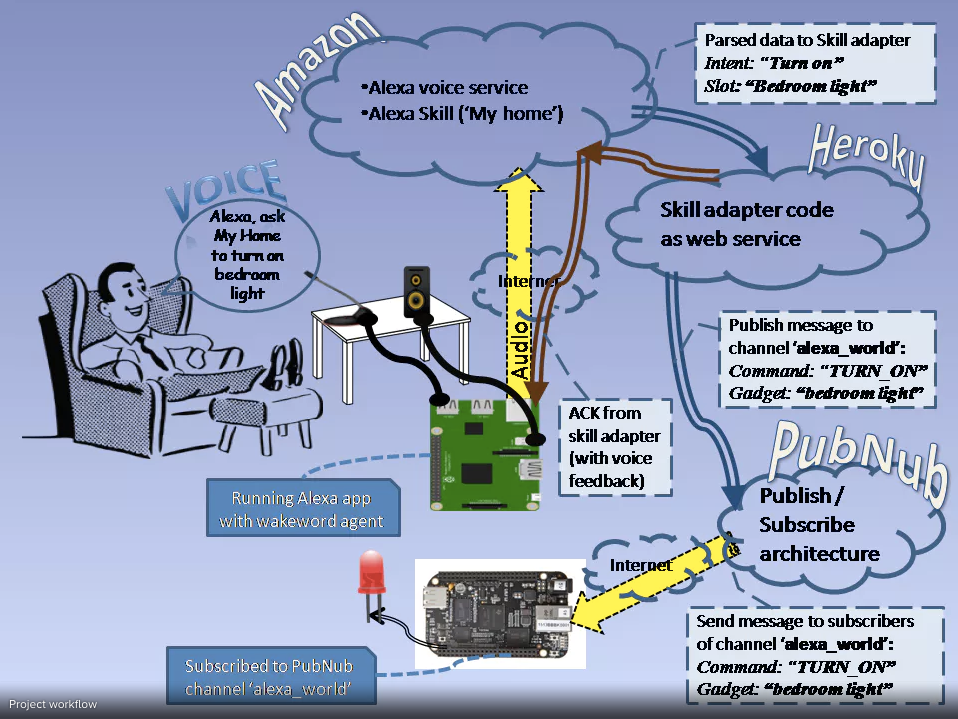 This is another awesome example of the variety of IoT use cases in combining PubNub with the vast number of IoT devices, APIs and frameworks. You can see a ton of other great examples here.