With the announcement of Android Auto last year, the age of car connectivity continues to exponentially grow.

At first glance, the interface looks just like Google’s version of a touch navigator, but it’s not. Android Auto is the phone integration solution that everyone wanted, and now, anyone can develop applications for it. This opens the doors for mobile and IoT developers alike, and allows you to use the exact same tools already used for Android mobile apps.

Take the developer API for example. Getting Started with Android Auto is a concise introduction to building Android Auto applications.

You just need to have Android SDK API level 21 (Lollipop 5.0) or higher. Then, the manifest must list the services required for the application. Lastly, the SDK needs support libraries. 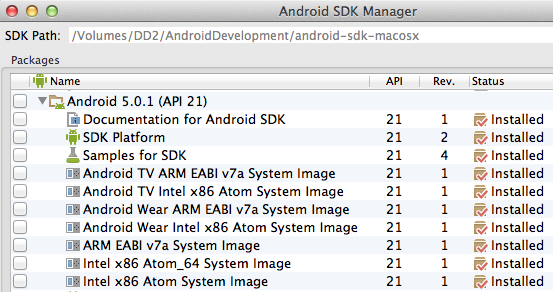 The question is: what you can actually do with an Android Auto app?

The video above from Google I/O 2014 shows what you might expect; better Google Maps interface, Google Now includes navigation via voice and text messaging, and streamlined interfaces and UX for mobile apps in the car. And this is all great, but what about the real magic?

It’s Under the Hood of Android Auto, by Google Developers. 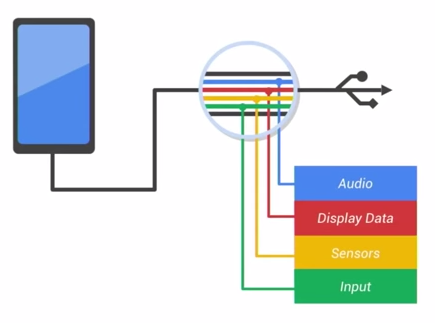 The image above details why the Android Auto protocol is interesting. The API pushes everything through the mobile device. This means that the car has a small library built on top of the head-unit. In short, compressed data is streamed from your phone to your car. The protocol is built upon the Android Open Accessory Protocol.

You can pretty much display anything through your phone. So how is this more than just a Chromecast for your car? The actual integration into the car’s steering wheel buttons is a good start, but the integration with data from the car itself is the real challenge.

There’s no promise for an integration with data from the car, but signs are pointing that it will be in the future. For example, Google Maps for Android Auto already fuses your car GPS with the other services currently in use on your mobile device. There are also a number of videos hinting on receiving information from the car tachometer, which measures the crankshaft’s RPM.

While are there already solutions for car diagnostics apps with some pretty cool features, they require more setup than the average user may want. For example, imagine Google Maps that gives route suggestions based on traffic data through GPS. Now imagine that that app combines the speed of the car with the GPS. The developer can now display data which is more accurate. This is a compelling example of a real-time connected car application.

Consider real-time messaging in an automobile a great example of the Android SDK’s capabilities. Providing Messaging for Auto is a good start for any developer looking to make a messaging app for connected car.

Let’s walk through how to build a simple real-time messaging app with Android. In an example app, you would import the PubNub Android library.

First, set up all the proper libraries. For a getting started guide, visit this page.

Then, initialize PubNub with this:

To publish a message:

Using the configuration for PubNub, you could publish voice messages to a PubNub “demo” channel via Remote Input.

Then send this over PubNub. This type of app could become anything from a simple chat room to a CB radio-like app based on geolocation. The possibilities are limitless!