PubNub can invoke a REST endpoint on your server when presence events occur.

The standard way for PubNub developers to consume Presence data is via the client SDK's Presence APIs, such as subscribe(). However, if you have a large number of channels in your implementation, or if your channel names are dynamic and continuously changing, we recommend using Presence webhooks instead.

There are four UUID level presence events: join, leave, timeout and state-change, and two channel level events: active and inactive. When a channel occupancy goes from 0 to 1 (or more), it's active, and when it goes from 1 to 0, it's inactive.

Each event type has it's own Webhook for which you can configure a REST POST endpoint to handle the event. You can configure them in your PubNub Key's configuration on the Admin Portal. 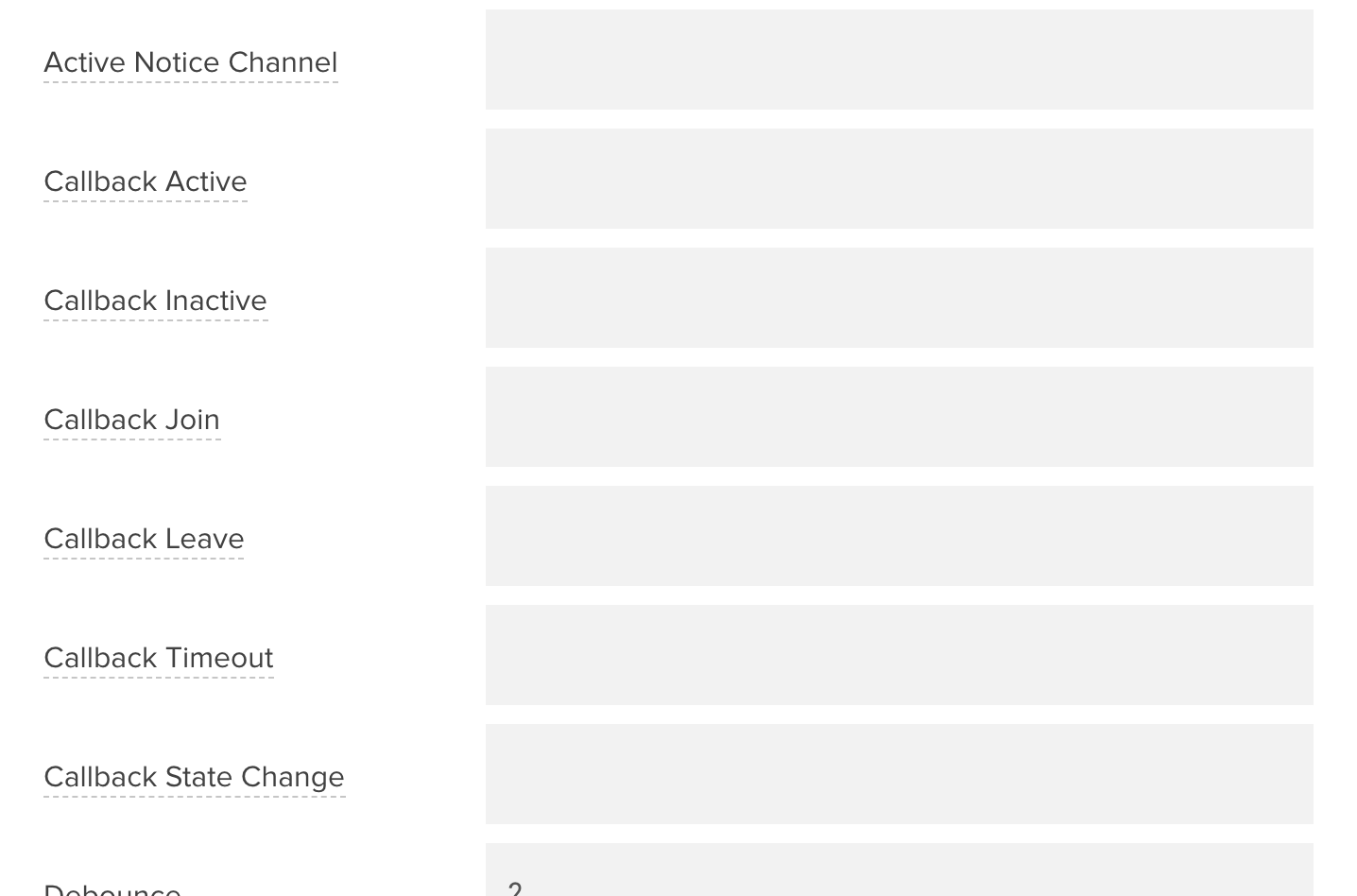 Presence Events are tracked based on the client's UUID. Hence, for the purpose of Presence Events, it's recommended that UUID is set by you. You shouldn't rely on the SDK to generate UUID for you because it will make it harder for you to associate its Presence activity with a known user (or userID). There are no strict requirements on the format of UUID. To learn more, visit Managing Identity.

Presence Webhooks still follows the Announce-Max message throttling behavior of PubNub Presence, so please take this into consideration while building your Webhooks.

The following are the Webhook payloads, organized by Presence Event Type.

Payload for the Join, Leave, Timeout, and State-Change events will follow the below mentioned format. The action attribute will indicate the type of the event that has occurred: join, leave, timeout, or state-change.

Payload for the Active and Inactive events will follow the below mentioned format. The status attribute will indicate the type of the event that has occurred: active or inactive.

The Active and Inactive webhooks are multipart/form-data and not JSON.

It's important that your REST endpoint responds with a status code 200 immediately upon receiving the Presence Webhook. Failure to send the response back will result in PubNub sending duplicate events. PubNub will wait up to 5 seconds for the response before trying again. After a third retry (four total attempts), PubNub will no longer attempt to send that particular event to your server.

show all 23 lines
On this page