Message data aggregation, processing, and storage is a common need for PubNub customers. There are a few different ways to approach this but they all share the same core concepts. When developing an application that uses PubNub, often times as the application grows, the use of channels also grows with it. Later in the process, how to aggregate this data across so many channels becomes a new concern that may not have been an initial requirement.

The Not Ideal Scenario​

Naturally, aggregating all the data on back-end servers and adding that server as a subscriber to all channels is the first approach. It's natural because we tend to first architect the system based on how our users interact with each other and their other real-time activities, and we think of the server aggregation as a secondary concern. 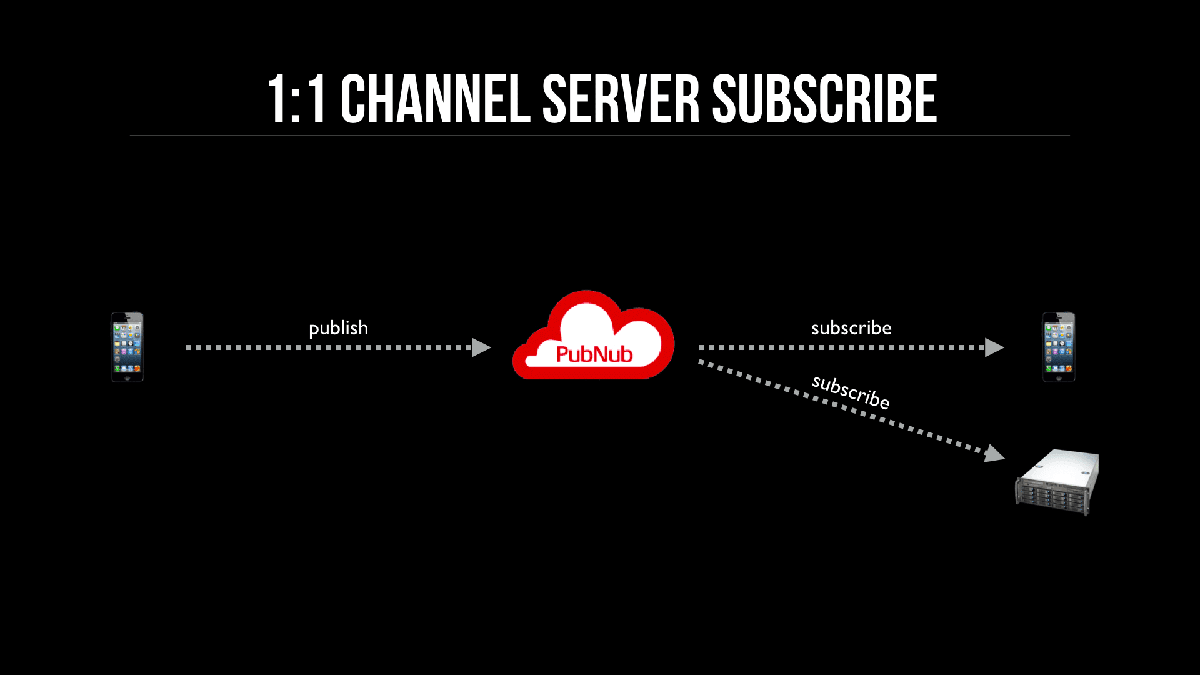 This diagram shows a publisher and subscriber on a channel, and the server is subscribing to the same channel to also receive published messages. The main problem with this scenario is what happens when you scale up, as can be seen in the next visualization.

The main challenges of adding server subscriber to every used channel is Management and Predictable Throughput. More specifically:

The more optimal approach is to replace an indefinite number of channels to a finite set of channels that are dedicated to inbound messages. By dedicating channels to ingress/inbound traffic, you can control throughput, horizontal scaling, and reduce processing hotspots and uneven distribution. 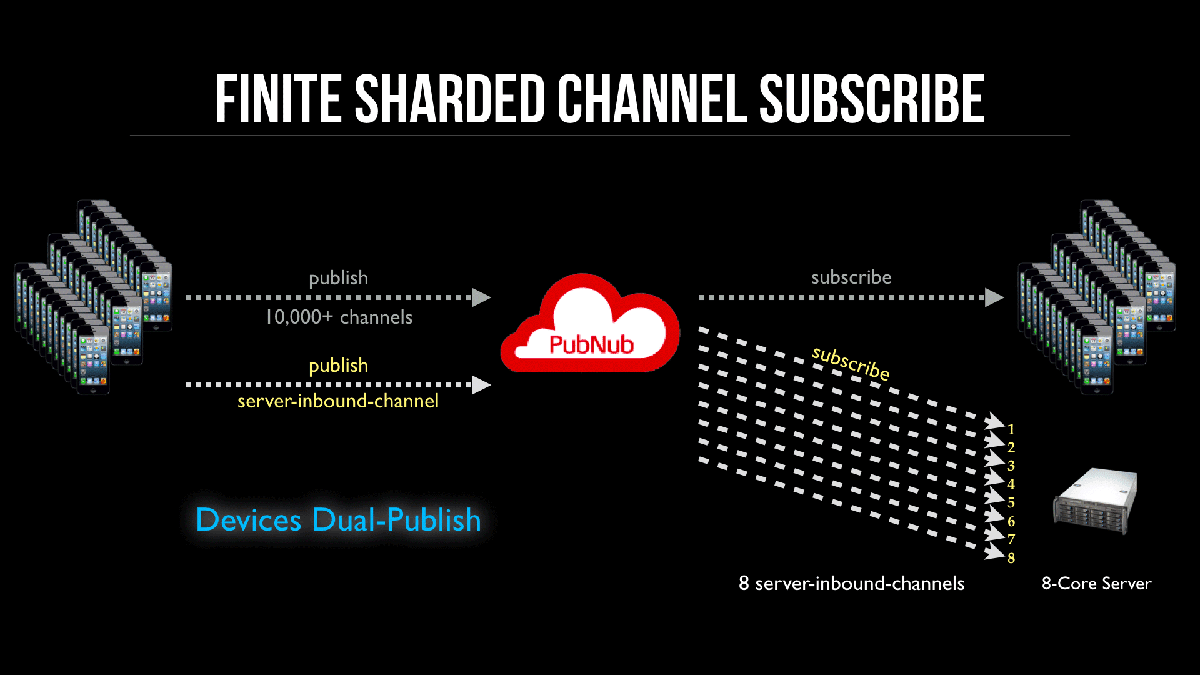 In this visualization you see there are 8 dedicated Server Inbound channels, one for each CPU core. They also have a consistent channel naming scheme, like server-inbound-1, server-inbound-2, etc. Each subscriber process only subscribes to one channel, and there are 8 processes running. This allows CPU core alignment to take place, since the OS will decide the process-core assignment. This is the most optimal design for I/O because each process requests I/O access from the CPU, and having more processes than CPU cores only slows down I/O by competing for I/O time from the CPU core.

Client apps will dual publish to both the normal channel and one of the server-inbound shards. Using a consistent hash you can shard the publishes evenly across shards and many client apps.

When you're receiving messages on a process, and you have multiple processes, you want consistent growth and have a predictable load for each process. If all the messages end up on one process, that process will get overloaded. There are some examples in the past where data sharding wasn't done properly within distributed databases that illustrate this problem, where a particular database shard was receiving 80% of the traffic and would crash.

A typical sharding scheme, used in Memcache/Membase/Couchbase and many others, uses a CRC32 hash on a unique value which results in a number that you use to perform a modulo operation with the shard count. This creates an evenly distributed load. You can also use an FNV-1a hash.

Here is an example to see how sharding publishes from the client looks like: Click to Open Sharding Demo.